In 2017, I started ACRONYM because I identified a problem that needed to be solved – progressives, after years of driving innovation in how political campaigns were run, were rapidly falling behind conservatives when it came to understanding and reaching voters where they were getting their information online. As head of digital strategy for the largest Democratic super PAC during the 2016 election, I witnessed this troubling role reversal and the conditions that contributed to it firsthand. Following that election, I knew we had to change our approach and find better ways of getting our messages in front of the American people if we wanted to turn the tables and defeat Donald Trump in 2020.

Now, 100 days into this new administration and filled with hope, I am announcing that I will be moving on from ACRONYM to work on challenges that require a focus outside of electoral politics.

Since day one, our mission at ACRONYM has been to build power and digital infrastructure for the progressive movement. Over the past four years, with the heroic support of countless friends, allies, funders and partners, I’m incredibly proud to say we’ve done exactly that.

With my transition, I am also excited to announce that ACRONYM will continue pushing the envelope and setting new precedents for how campaigns can better reach and engage their communities under new leadership, an evolved mission, and new structure. ACRONYM’s transition will be guided by a steering committee comprised of some of the smartest strategists and organizers I have had the honor to work alongside and learn from these past four years, and who have each been quietly building their own new precedents for how to build power by meeting people where they are. I’m humbled to place ACRONYM in their capable hands to meet the demands of this moment, and am excited to see their vision for ACRONYM’s future come to fruition. There will be more news to come from this group over the coming months but what I can tell you now that there is so much work still to do – especially in the states – where power is truly built from the ground up – online and off.

Strong organizations are meant to evolve, and I’m confident that what we built at ACRONYM over these past years, and the seasoned and visionary group of individuals I’ve selected to guide ACRONYM’s future, will continue to lead the way in innovation and impact. For me, I have long known that politics is only one avenue to impact change and that our society requires change in all of our institutions. I started my career in journalism believing the media held a vital role in democracy, as I still do, and am excited to begin an effort in that spirit.

I will be leaving my post as CEO of ACRONYM and PACRONYM, effective May 31st and look forward to sharing more of my plans with you all over the coming months.

I want to thank every organizer, strategist, philanthropist, activist and volunteer who works tirelessly every day to fight for their values on a rapidly changing, sometimes cruel, but deeply inspiring playing field. You inspire me and I am so grateful to have been in the trenches with you over the past few years. I know that the work of the organizations and teams that we have helped build along the way have left the space a little better than we found it – and through this work continuing, our democracy will grow stronger from here. 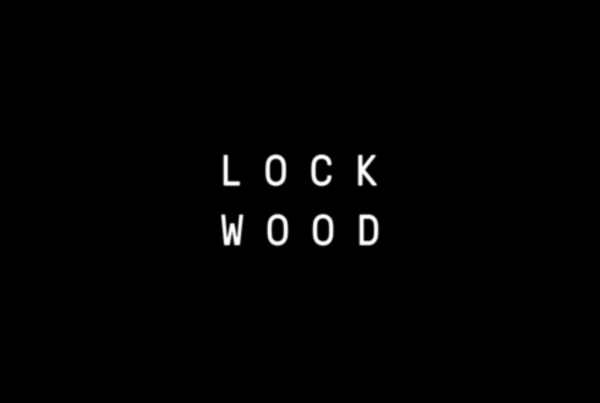 Lockwood Strategy Announces New Leadership As it Expands into 2021 + Beyond 💪