By ACRONYM StaffNovember 25, 2020 No Comments 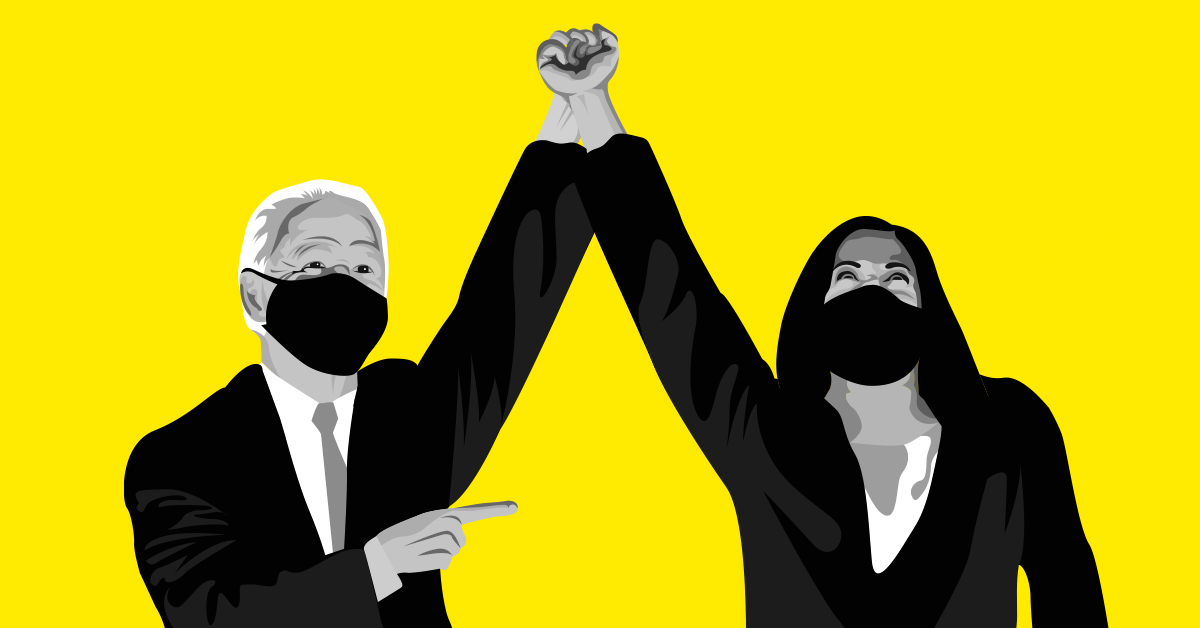 Historically, vice presidential nominees have not been at the top of the ‘motivating factors’ list in a presidential election – according to the Washington Post, less than five percent of voters list the VP candidate as their reason to vote for or against a presidential candidate. But some, including us, knew this year could be very different when Joe Biden selected Kamala Harris to be his running mate and, in time, the next Vice President of the United States.

Boosting favorability and enthusiasm among Democrats

On top of the historic nature of her candidacy, Harris already came with a significant advantage when she joined the Democratic ticket in August: according to YouGov, she was the only person among Biden, Trump, and Mike Pence who enjoyed a net-positive favorability nationwide. Almost immediately, she put some wind in the Biden campaign’s sails: according to NewsWhip, the addition of Kamala Harris to the 2020 Democratic ticket quickly provided Joe Biden with the largest surge of online enthusiasm he’d seen in the entire campaign up to that point.

But that enthusiasm manifested in more than just clicks. After Harris was announced as the pick, the Biden campaign experienced one of the biggest fundraising moments of the entire cycle by raising $48 million in just 48 hours. This initial boost of enthusiasm among these key groups for the Biden/Harris ticket was also reflected in exit polling data. According to NBC News’ exit polls, two-thirds of Black and Latino voters had a favorable view of Kamala Harris, and those groups overwhelmingly voted for Joe Biden (87 percent and 65 percent for Biden, respectively).

Indeed, Biden’s polling with these key groups also rose after the announcement of Harris’ selection. According to two consecutive polls from the Voter Participation Center, the former VP got a boost in head-to-head polling against Donald Trump from Black and Latino voters in the aftermath of the announcement. Additionally, the presence of Kamala Harris on the ticket, whose mother immigrated to the U.S. from India, aided in driving the enthusiasm of Indian-American voters towards the Biden/Harris ticket.

Joe Biden’s own overall favorability grew after bringing Harris onto the ticket too. After Harris’ announcement, his approval ratings bounced up to 51% – his highest mark at that point in the race since becoming the nominee – according to a Politico/Morning Consult poll. RCP’s polling averages also reflect that bump.

Insights from our own program work

ACRONYM realized the importance of Harris’ candidacy early on and joined other women-led organizations like BLACK PAC, Planned Parenthood Votes, and Emily’s List’s Women VOTE! in recognizing and amplifying Harris’ value to the Biden campaign. Together, we committed to a large-scale digital ad campaign to lift up Harris’ candidacy and fight back against lies and smears from the right. Specifically, we spent millions in battleground states to counter gender-based attacks on Harris with offensive content lifting up her record standing up to special interests and the historic nature of her candidacy to ensure that attacks against Harris would not depress Black and Latina turnout in this election.

In our digital ad program, we tested a variety of ads to see how they would impact Democratic enthusiasm and swing voters’ intent to vote for Joe Biden. The most significant results we surfaced found that positive, social justice-oriented spots like this one our team produced greatly increased Harris’ favorability, especially among voters with lower political knowledge (who are often the voters most targeted by and susceptible to believing disinformation). Furthermore, we also found that pro-Harris ads like this one increased enthusiasm among left-leaning voters, with the greatest improvement among left-leaning sporadic voters of color.

Among our boosted news experiments on Facebook, we found that messaging regarding Harris was actually at its most effective in the context of racial justice. For example, this story that quotes Harris saying, “The perspective that Joe and I share is to acknowledge those racial disparities, and then address them…And that’s about a plan that we have; by the way, Donald Trump has no plan,” greatly increased enthusiasm among left-leaning sporadic voters. 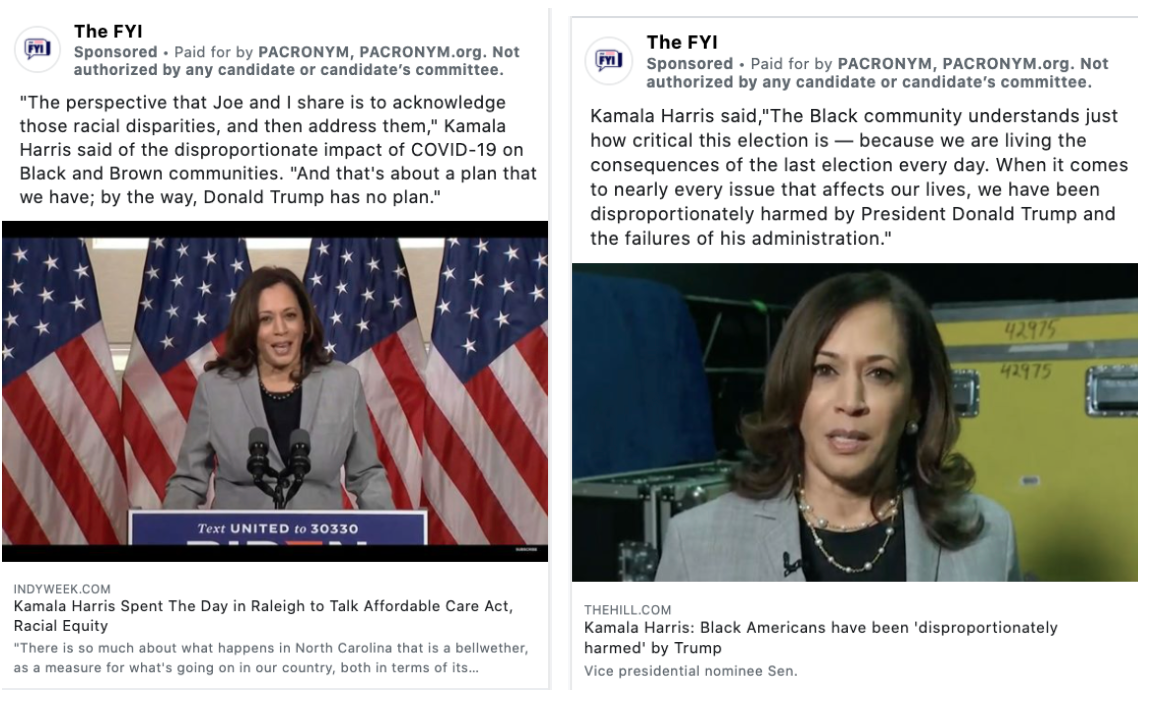 Just as effective at moving voters away from Trump was this story that quotes Harris saying, “The perspective that Joe and I share is to acknowledge those racial disparities, and then address them…I always, I’m going to interpret these protests as an essential component of evolution in our country, as an essential component, a mark of a real democracy.”

Now that the election is behind us and Kamala Harris is our nation’s Vice President-elect, evidence is coming in that indicates that enthusiasm for Joe Biden, driven in part by enthusiasm for Kamala Harris specifically, made the difference. Sixty percent of voters under 29 voted for Biden, and as we stated earlier, voters of color overwhelmingly opted for the former VP.

In a year filled with many heartbreaking firsts for our country, America elected its first woman and woman of color Vice President – an accomplishment that was clearly made possible by virtue and qualification of the candidate herself. It’s time we all give her the credit she deserves. And to quote one of our favorite 2020 memes, make sure to wear shoes because “there’s glass everywhere.”