By ACRONYM StaffNovember 11, 2020 No Comments

We’ve been betting on Arizona for nearly a year and a half, putting more resources in the Copper State than several other key battlegrounds in the final stretch. When we launched our persuasion anti-Trump program in August of 2019, our data showed that Arizona was much likelier to flip than Florida. We were right.

ACRONYM (+PACRONYM) was the first outside group on the left to target Arizonans with large-scale advertising online, beginning in August 2019

This cycle, ACRONYM was the largest digital advertiser in Arizona in the presidential race after the Trump and Biden campaigns – spending on Facebook, Instagram, Snapchat, Google, OTT, and multiple other platforms and streaming services.

Since August 2019, ACRONYM spent over $6.2 million communicating to over 1.04 million Arizonans online. Through our various programs, we:

A significant amount of our target voters cast early ballots: 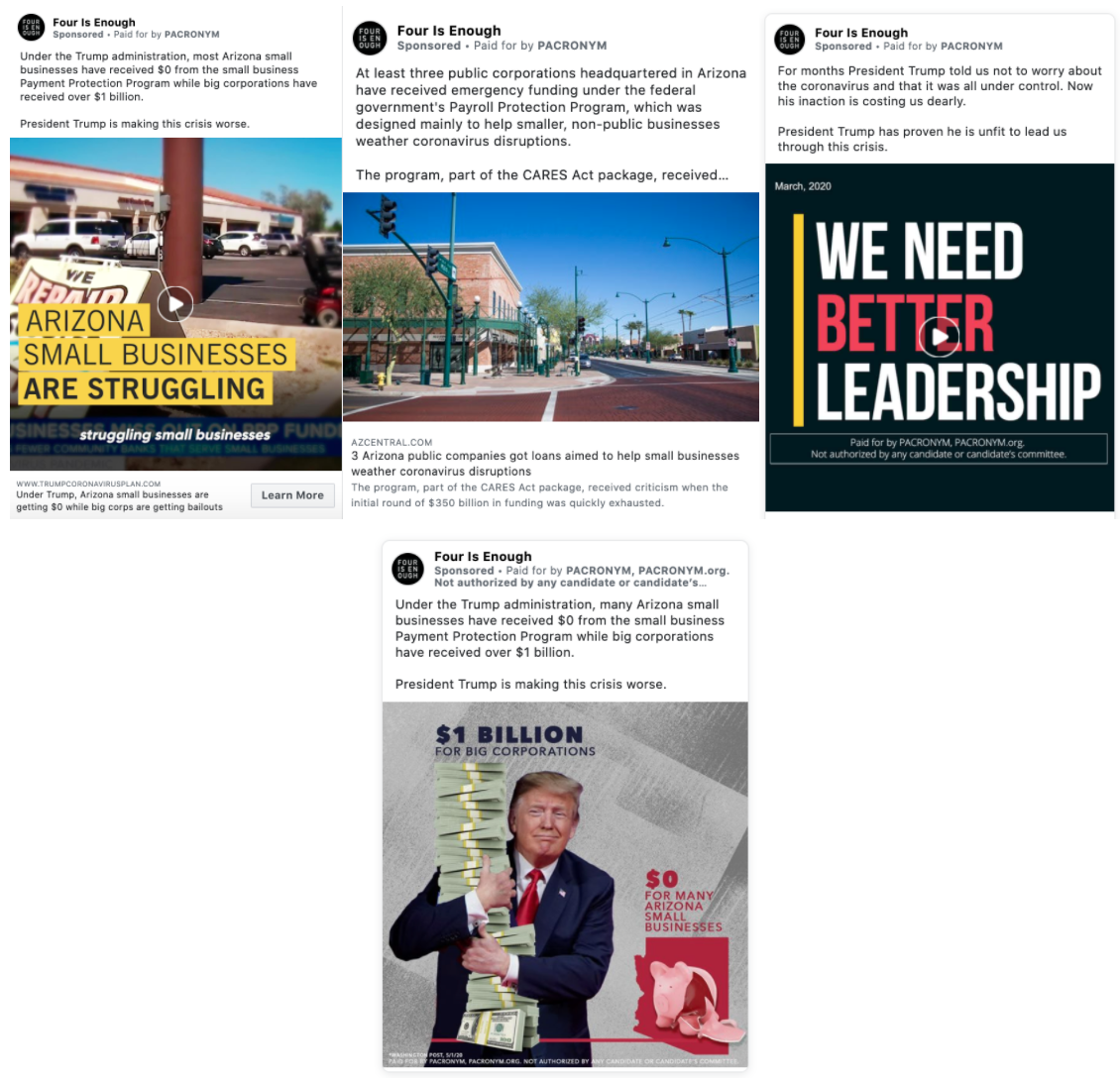 FWIW, below our team has broken down some additional online spending research from Facebook + Google’s ad libraries: 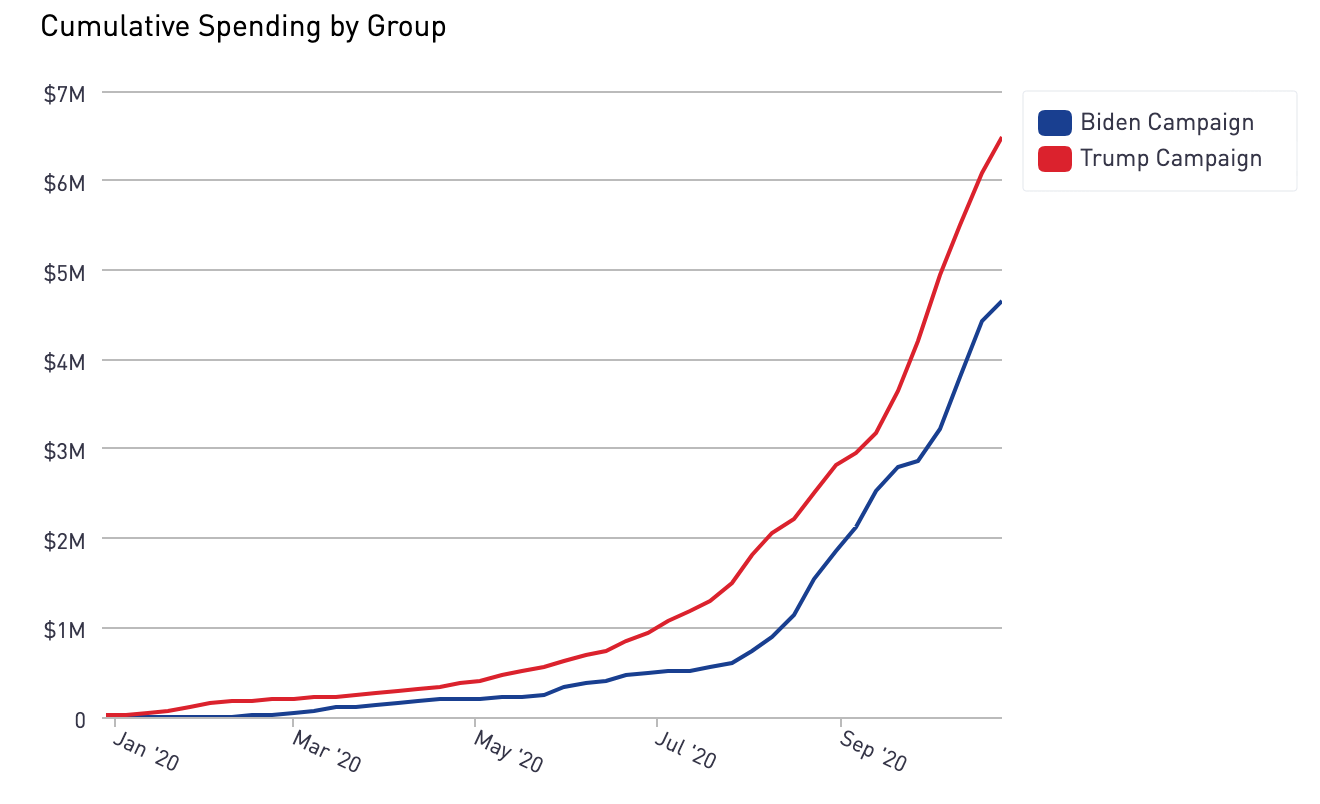 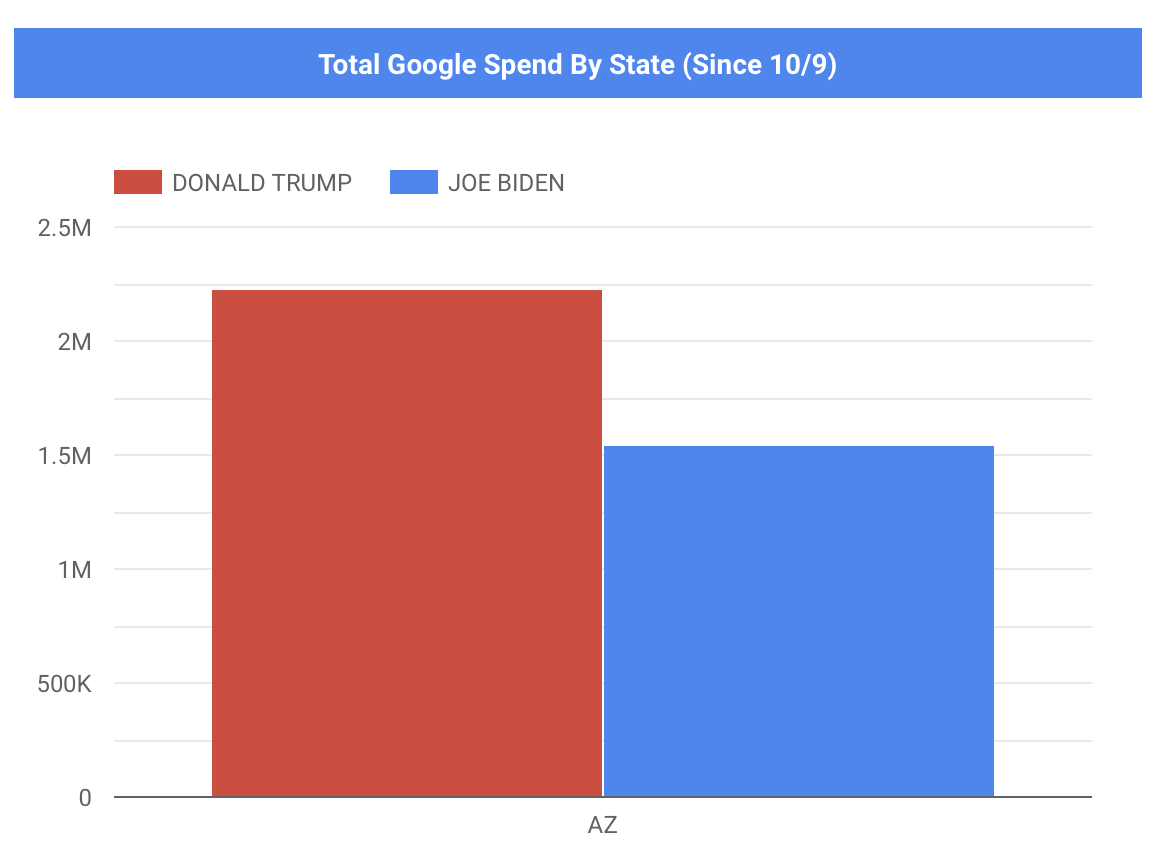 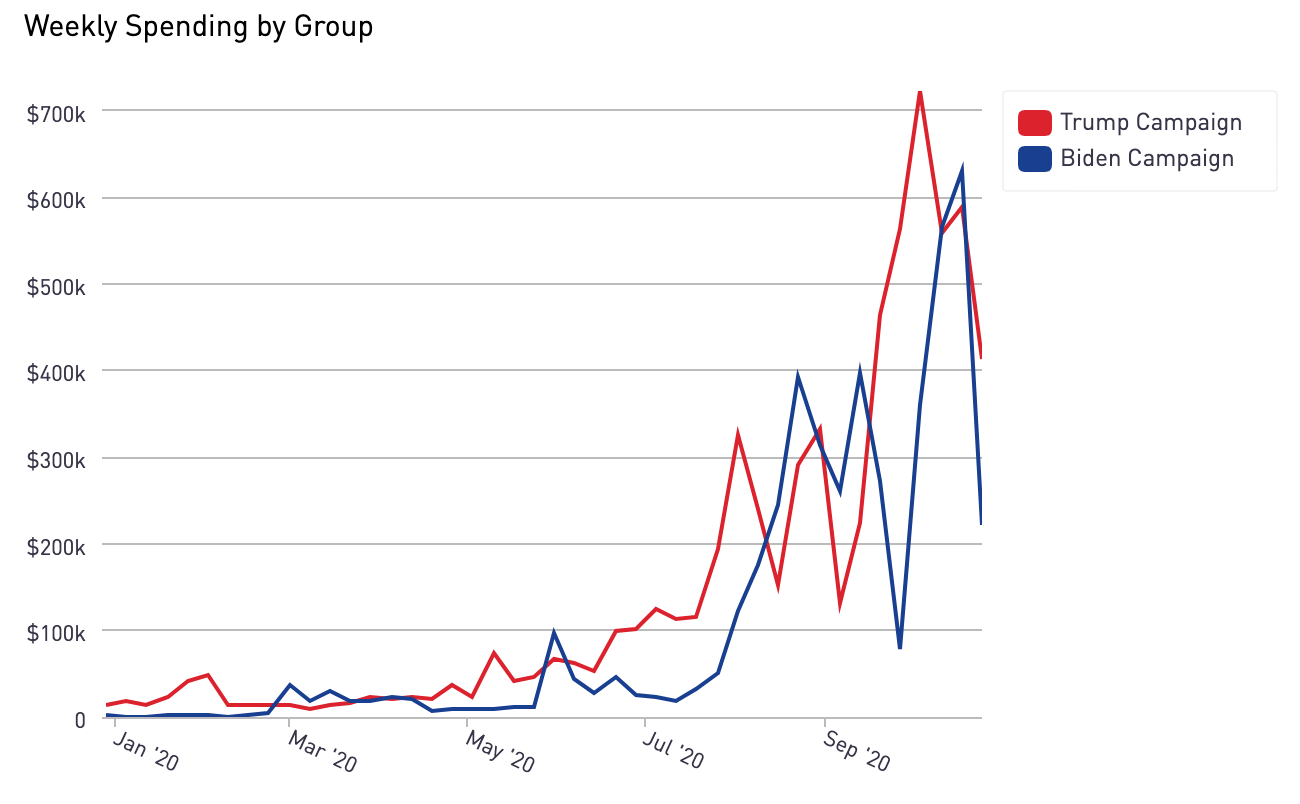 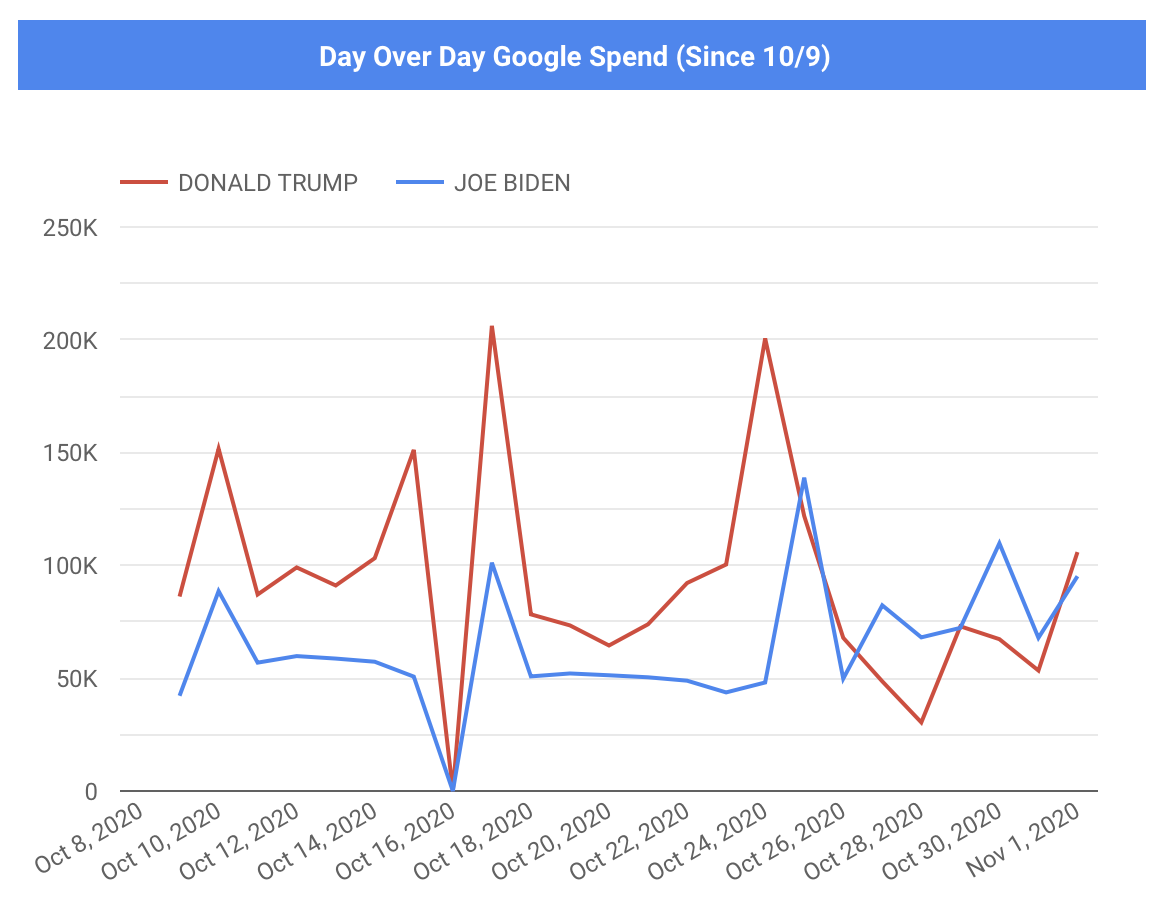 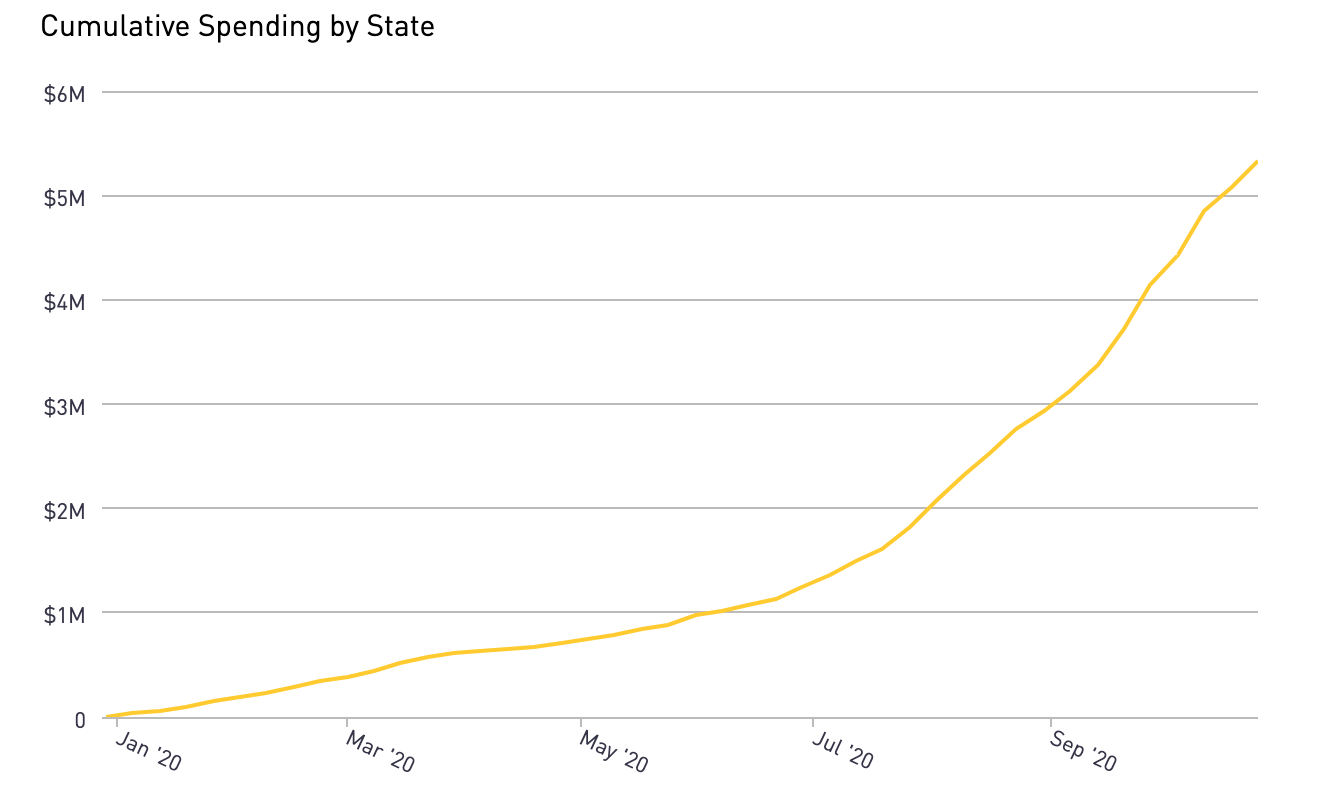 AZ Cumulative FB Spending by Group – Outside Groups (since Jan. 2020) 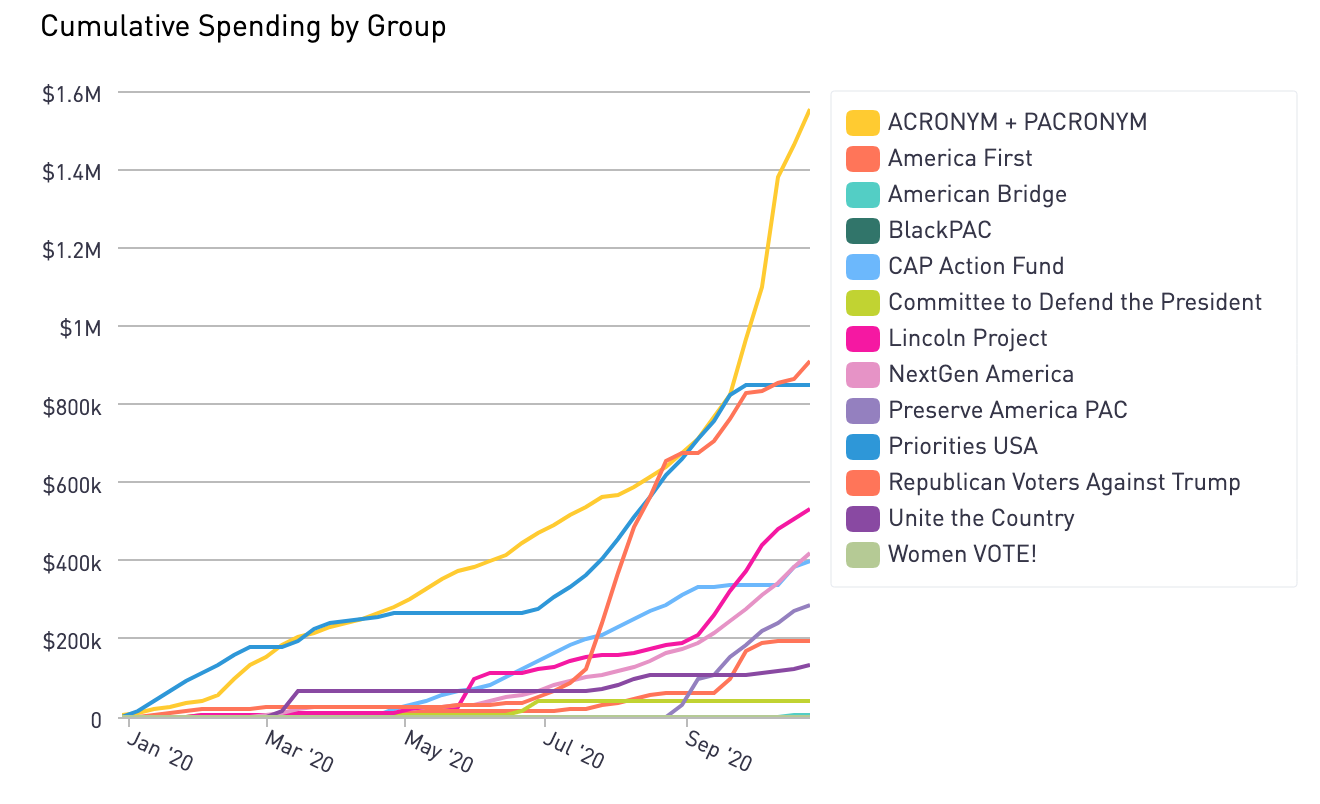