By ACRONYM StaffNovember 11, 2020 No Comments

Although we initially targeted AZ, MI, WI, PA, and NC for our core anti-Trump program, in July, our data showed Georgia to be potentially flippable. We made the call to be the first outside group on the left to target the Peach State online, and this morning we’re excited to see our work – and the work of so many others – pay off.

ACRONYM (+PACRONYM) was the first national outside group on the left to target Georgians with large-scale advertising online, beginning in August 2020.

In fact, ACRONYM was the largest digital advertiser in Georgia in the presidential race after the Trump and Biden campaigns – spending on Facebook, Instagram, Snapchat, Google, OTT, and multiple other platforms and streaming services.

Since August 2020, ACRONYM spent over $2.7 million communicating to Georgians online. Through our various programs, we:

Our numbers show a significant amount of our target voters cast early ballots: 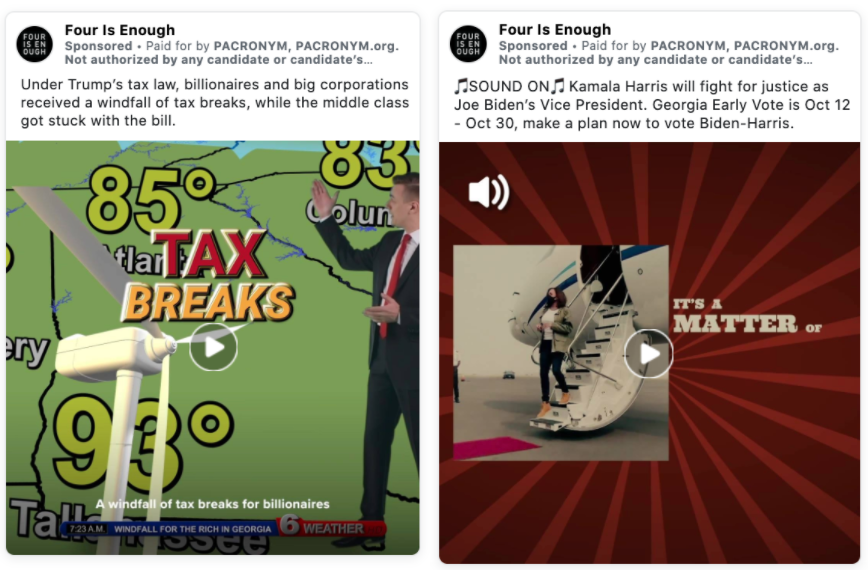 —- More digital advertising data + analysis from our team below —– 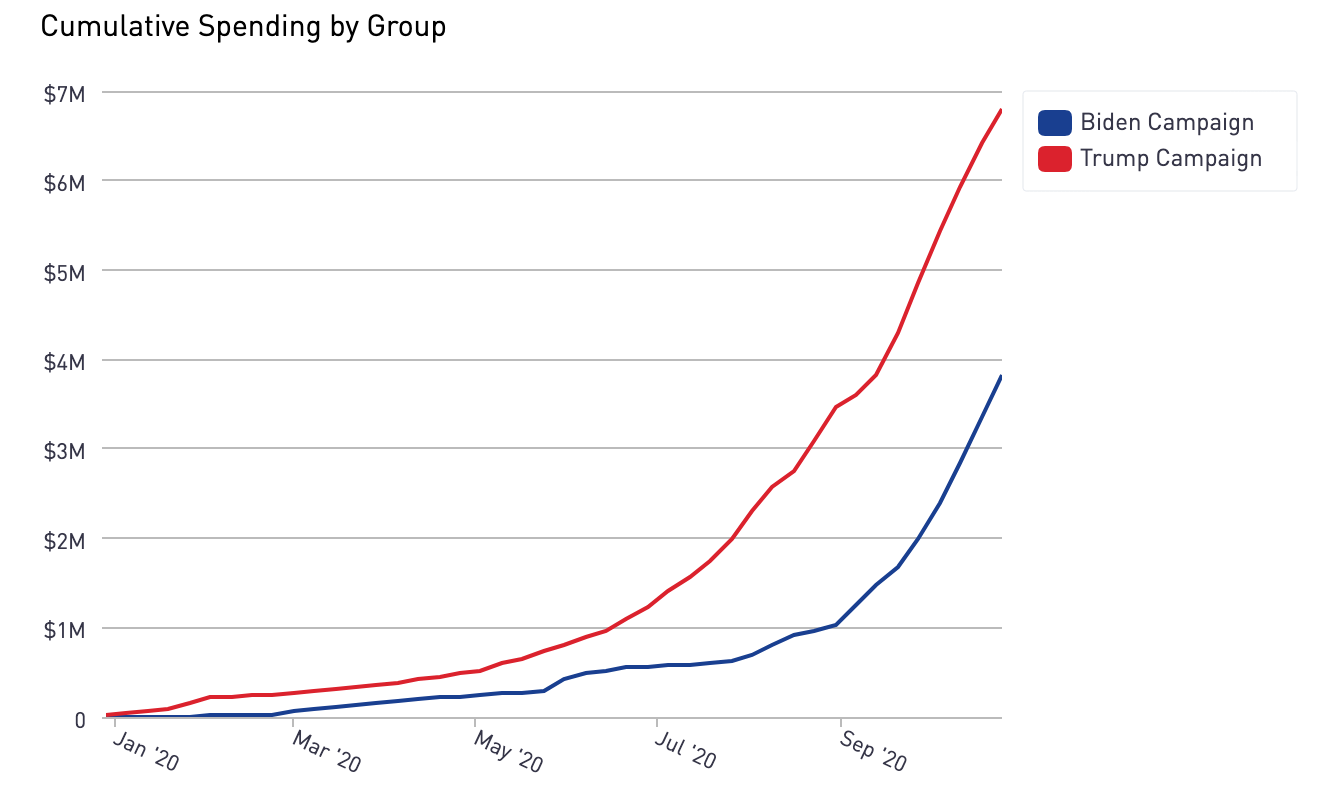 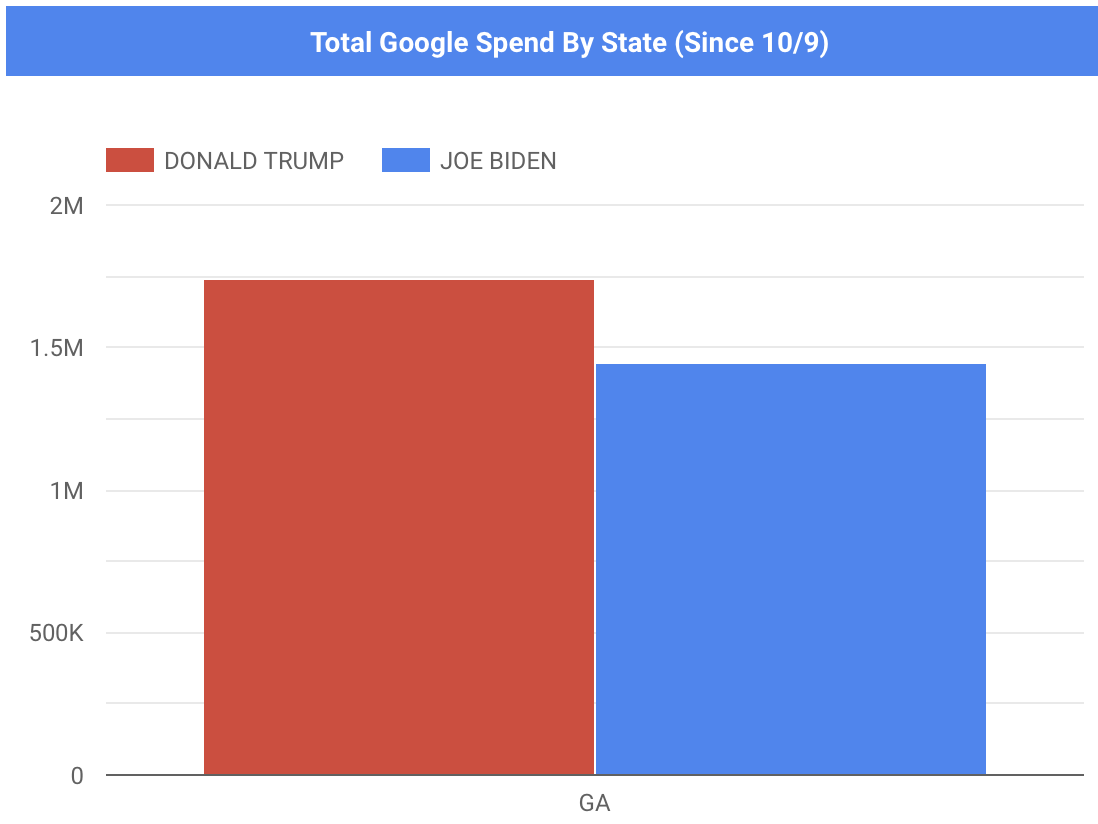 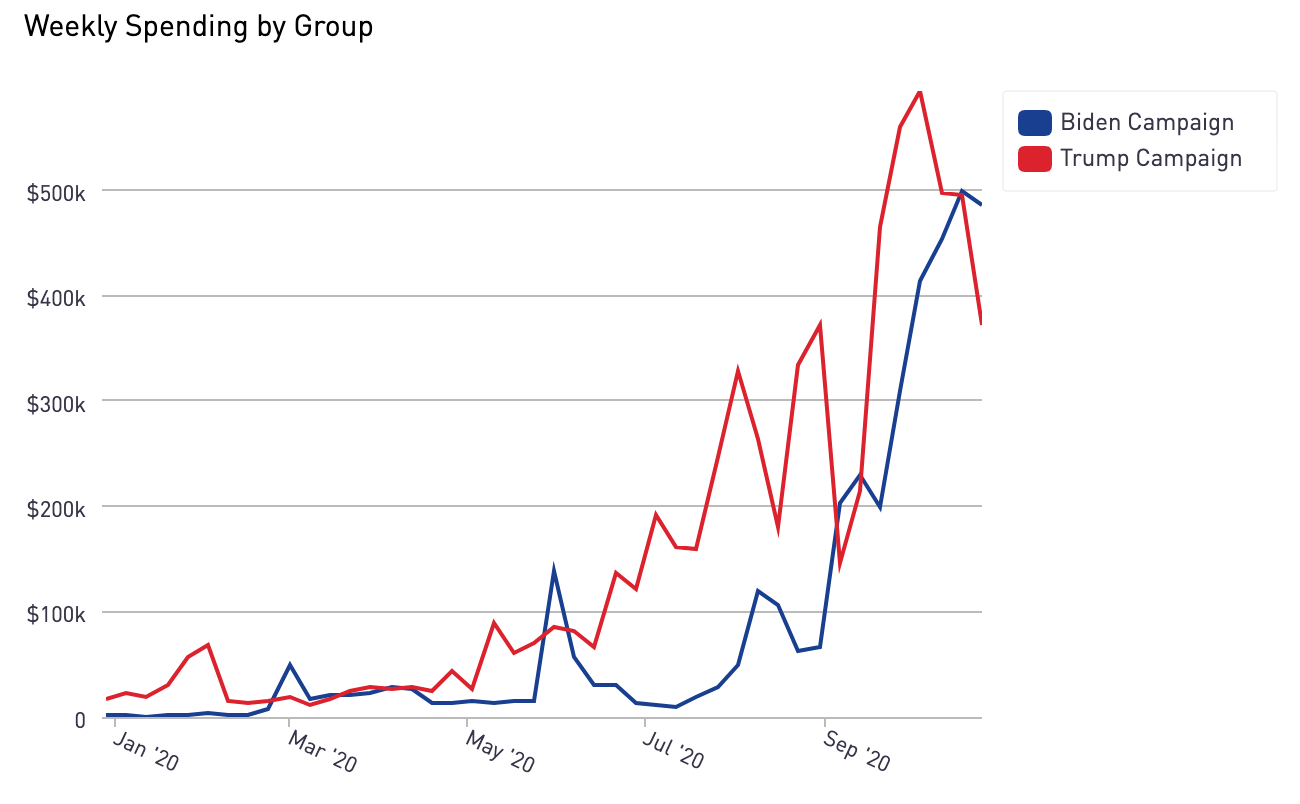 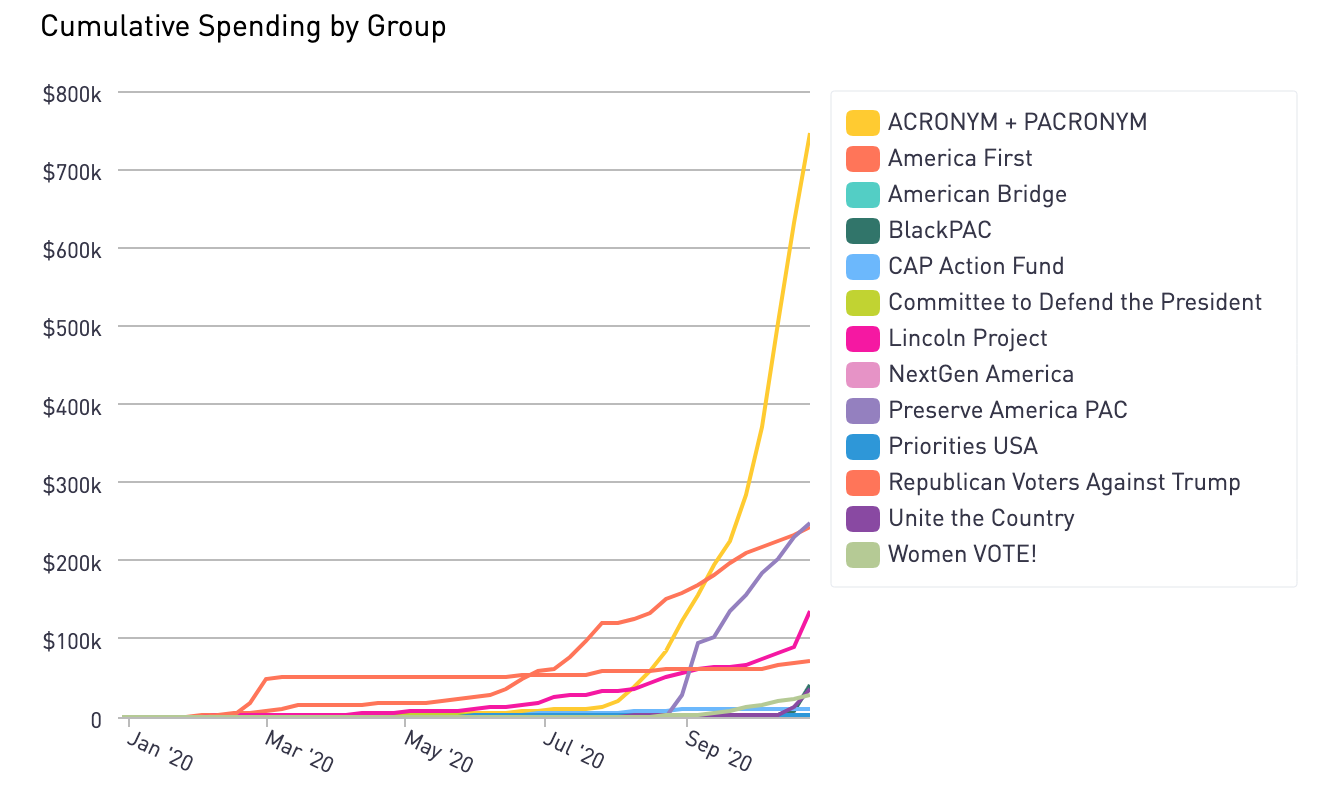