By ACRONYM StaffNovember 10, 2020 No Comments

Wisconsin has been core to our map from the beginning, and wanted to share some of our data now that the dust has settled. Will be sharing what we saw in a few other states later today.

Joe Biden won Wisconsin by 20,534 votes. From early vote numbers alone, we saw 215,458 early ballots cast by WI voters who ACRONYM and PACRONYM have been engaging online every day through our unprecedented 2020 programs.

We spent over $4.6 million communicating to Wisconsinites online, beginning in August 2019.

This cycle, ACRONYM was the second-biggest online outside spender in Wisconsin in the presidential race – spending on Facebook, Instagram, Snapchat, Google, OTT, and multiple other platforms and streaming services.

Our program in Wisconsin focused on white, non-college-educated, sporadic voters who were largely not being reached by the Biden campaign or other PACs and outside groups. We zeroed in on this audience of voters because even as they are traditionally harder to turn out to vote, they are more persuadable when reached with advertising and our 100% digital program validated that.

As of 11:00 a.m. on November 4th, 215,458 Wisconsinites across our turnout + persuasion audiences had already voted and had their votes counted, 50% of which either were very unlikely to vote or had never voted before (!!!). This is huge, especially when you look at Biden’s win margin, which landed at just over 20,534 votes. 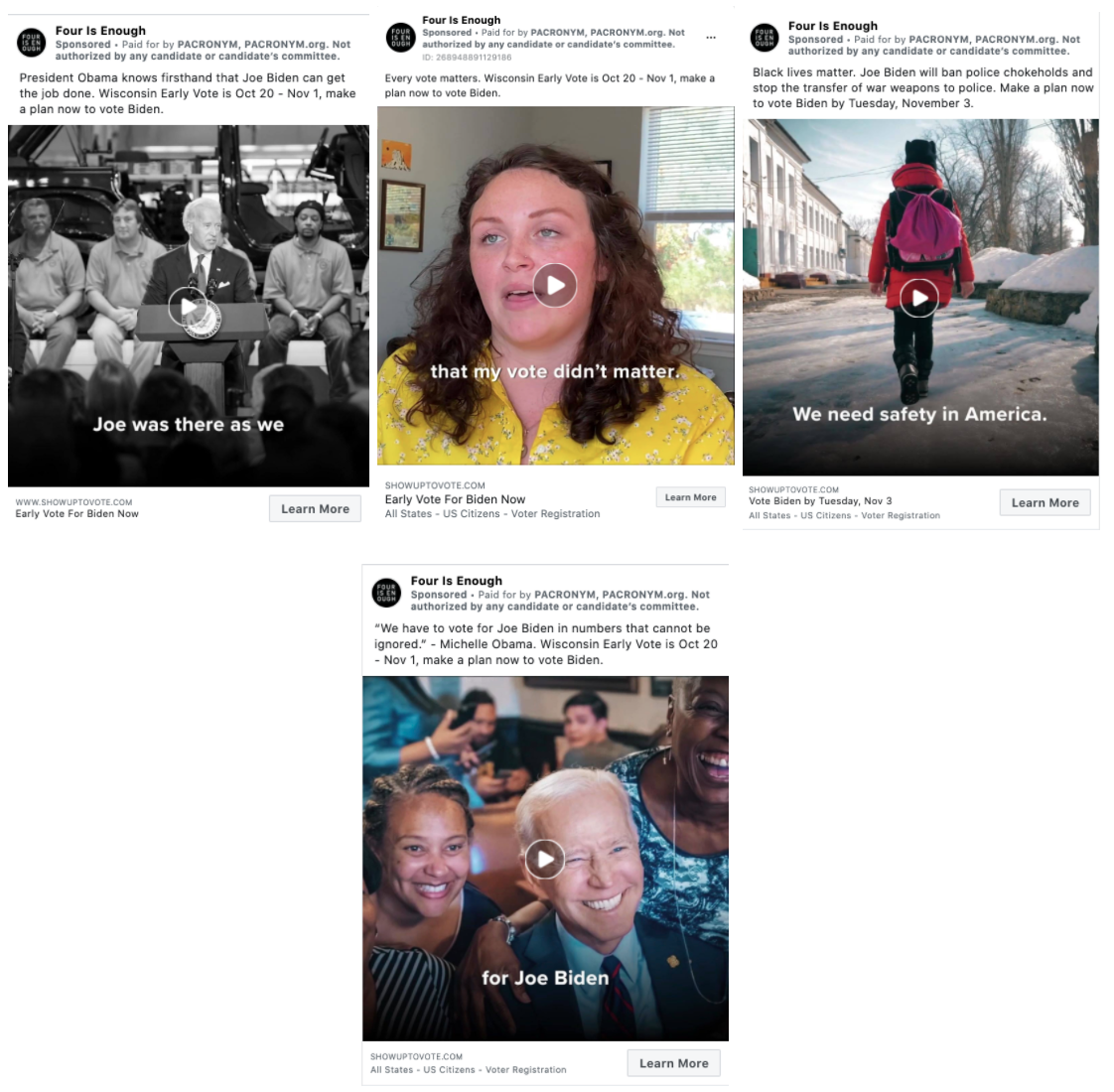 FWIW, below our team has broken down some additional online spending research from Facebook + Google’s ad libraries:

Committee to Defend the President: $1,300

On Facebook in the past year, Biden’s cumulative spending of $4.2m outpaced Trump’s $3.9m, and outside groups have only widened that spending gap on Facebook for Biden. In the final sprint towards election day, Trump outspent Biden on Google $1.64m to $1.45m. 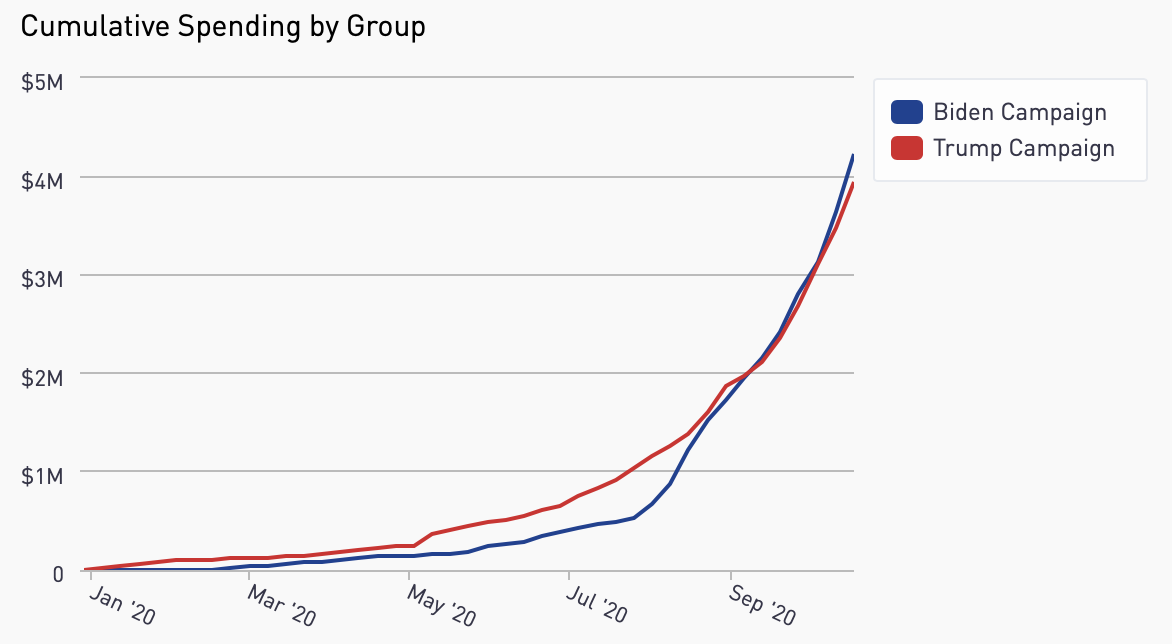 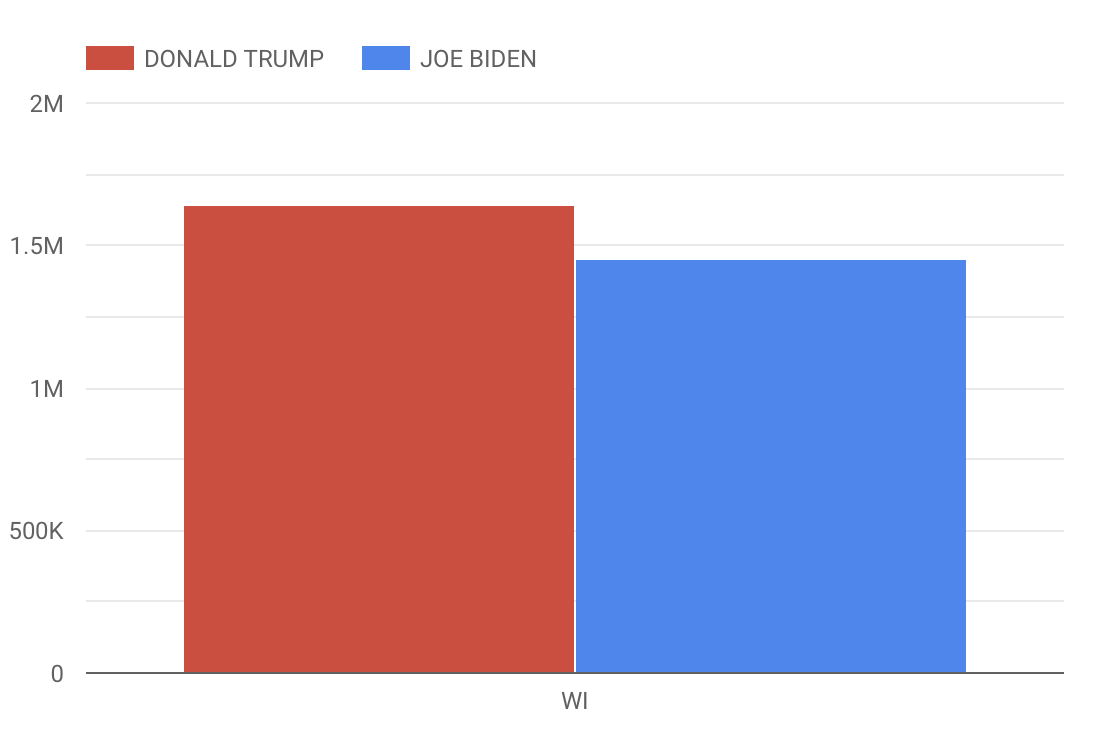 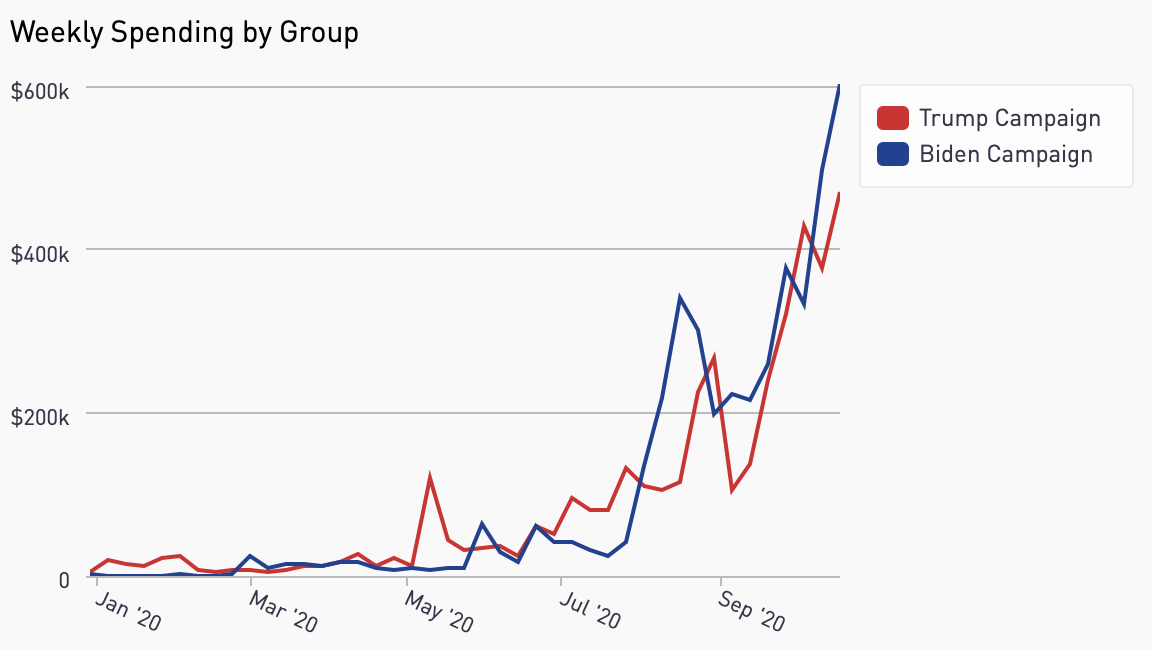 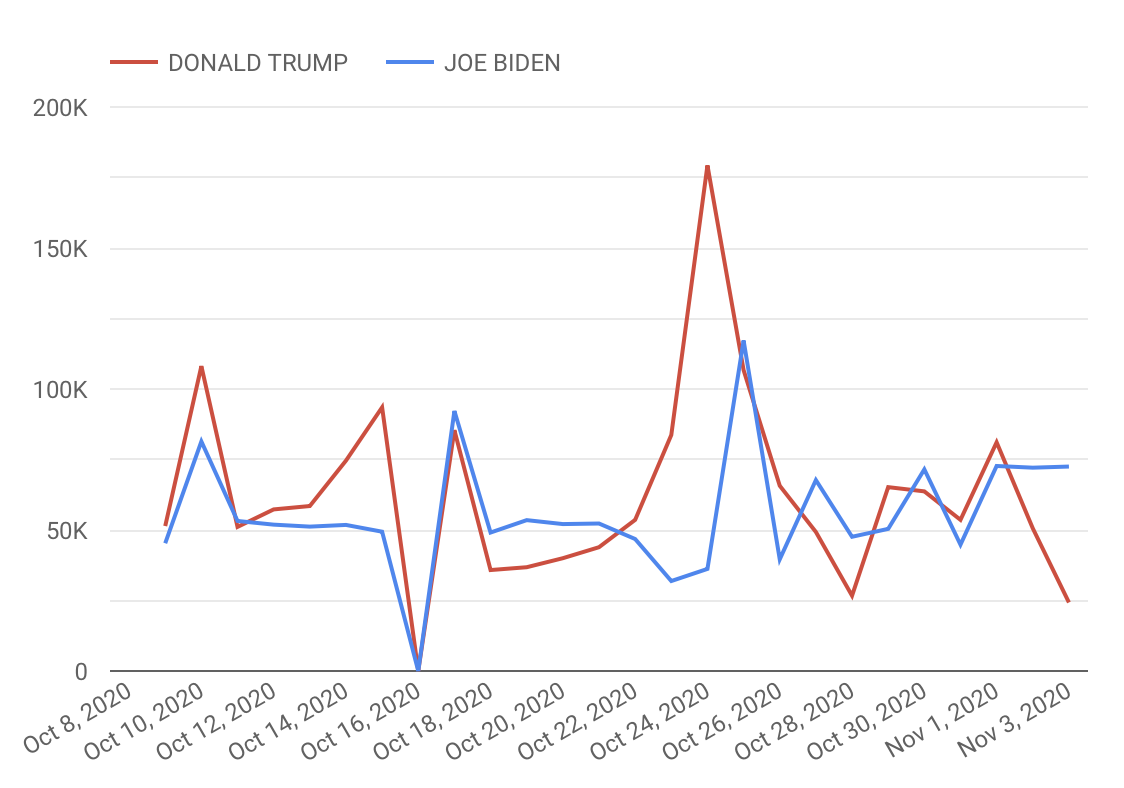 Outside groups played a critical role in the race for Wisconsin, spending a cumulative $5.8m on Facebook this year. 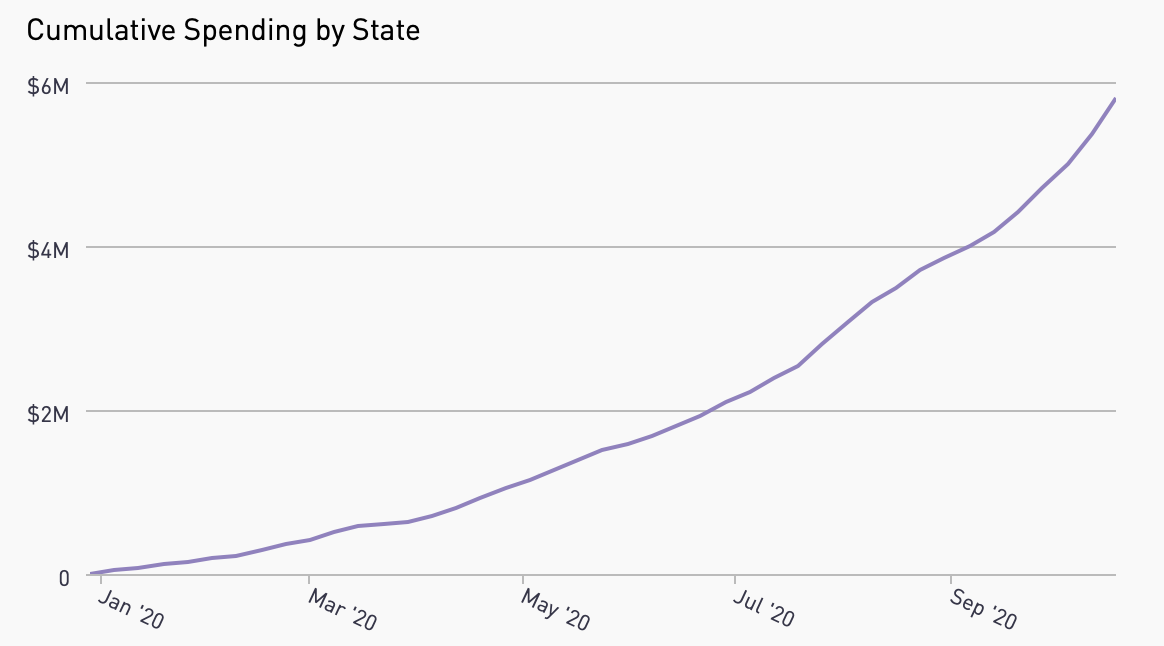 WI Cumulative FB Spending by Group – Outside Groups (since Jan. 2020) 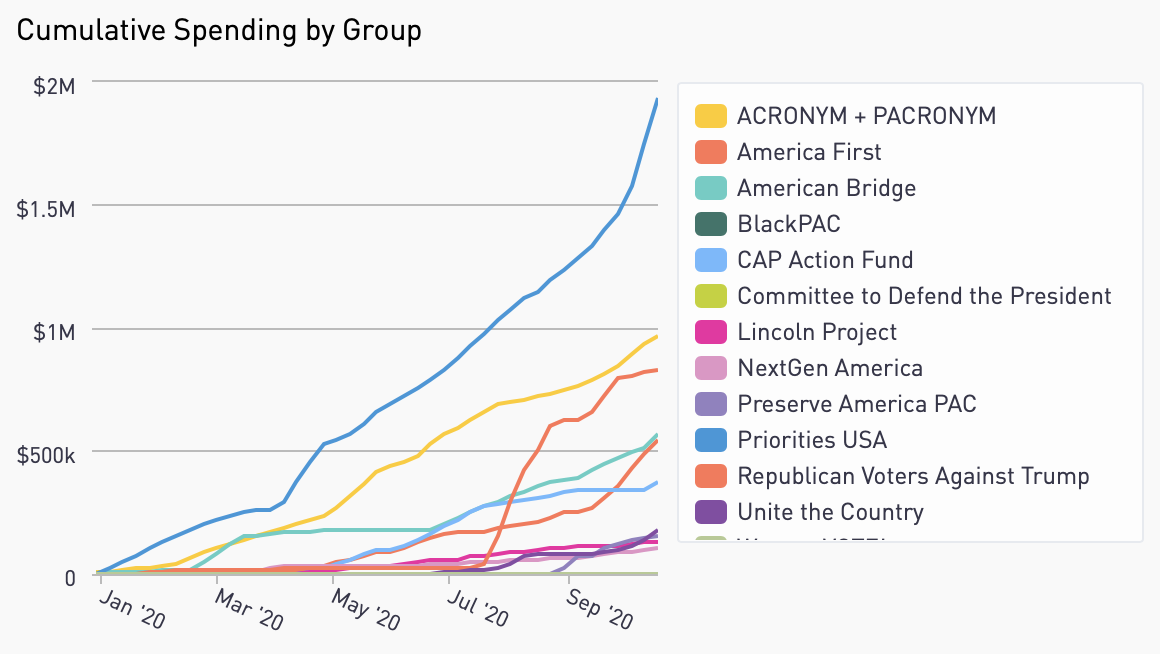