Barometer: How We’re Moving the Needle

This cycle, hundreds of millions of dollars will be spent on advertising programs to persuade and mobilize voters to turn out in the presidential election. Through focus groups and traditional polling methods, the campaigns, super PACs, and outside issue advocacy groups on both sides of the aisle will invest precious time and resources into answering the question:

“Which messages move the needle and actually persuade voters?”

Recognizing that new investments in digital advertising require new methods of measurement, our team has spent months creating a powerful new methodology to answer that question – and more importantly, it shows our program is working.

[Read about it in the New York Times]

That framework, called Barometer, was developed by a team of several former product managers, engineers, and data scientists from Facebook, Microsoft, Pew Research Center, Pinterest, and Twitter, who joined our team to have an impact on the 2020 election. Barometer relies on real-world testing (randomized controlled trials, or RCTs)—monitoring which audiences saw what ads how often, and comparing that against a randomly assigned control group that did not see them.

Using this measurement framework we can identify the most effective message tracks and the most responsive audience segments, making our programs more efficient. Our measurement team also works hand-in-hand with our creative team for rapid iteration and content creation.

Working in two-week sprints, the team runs individual experiments to answer questions around which narratives and messengers are effective at impacting presidential job approval, voter enthusiasm, and in some cases, 2020 vote choice. Our advertising team is also gaining critical tactical insights on how to better use platforms like Facebook and optimize ad delivery.

ACRONYM and PACRONYM have run experiments on numerous issues, from impeachment (ACRONYM) to coronavirus (PACRONYM), and have gained significant learnings, both positive and negative, to benefit our program works.

Here’s some of what PACRONYM has learned so far:

Measuring voter persuasion is really, really difficult. Our teams aren’t looking for a silver bullet or one magic message that will change the future of the election. Instead, we’re attempting to make use of the best scientific tools available, combined with a heavy dose of automation and rapid iteration to maximize our impact with key audiences in 2020.

So far, our results have been significant, and show our campaign is actively reducing Trump support in key states. Across our entire persuasion advertising programs we have implemented a “global holdout” or control group that has not received any of PACRONYM’s advertising. The result:

People who saw our ads over the past two months have 3.6% lower approval of Donald Trump. 😱😱😱

Moving forward, we plan to share results from both ACRONYM’s and PACRONYM’s Barometer experiments on a regular basis with progressive partners and hope that what we learn can benefit other programs and campaigns in the fight against Trump and his policies.

During Quarantine, the Digital Advertising Landscape Has Shifted. So Must Our Approach.

During Quarantine, the Digital Advertising Landscape Has Shifted. So Must Our Approach. 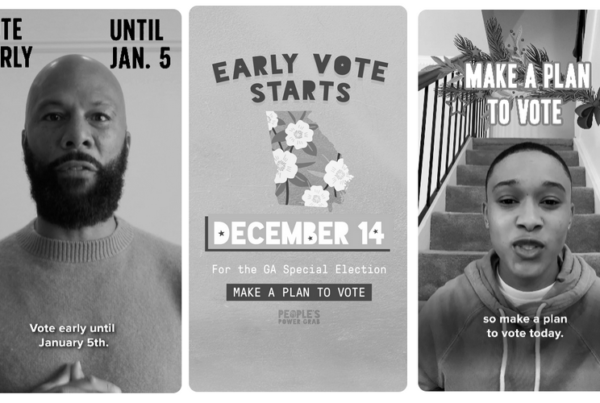 Making History in the Peach State 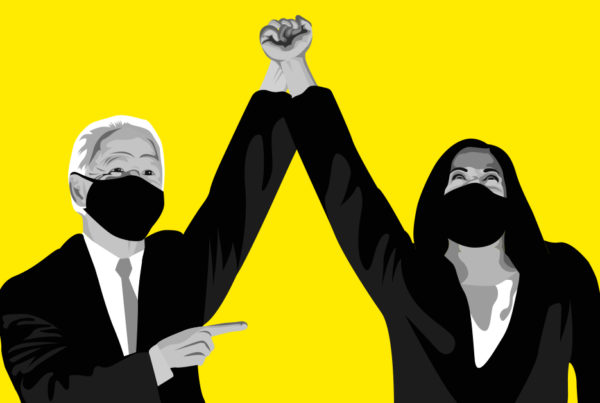