Making History in the Peach State

By Tatenda MusapatikeJanuary 6, 2021 No Comments

With two new U.S. Senators headed to Washington in just a few days, the political world will be dissecting this week’s finally concluded runoff elections for months. But, when it comes right down to it, one piece was mission-critical:

Historic turnout of voters of color across the state made the difference.

African-American Georgians in particular matched – and in some areas, exceeded – their turnout share from November. As anyone familiar with Georgia politics knows very well, this sort of thing doesn’t just happen. What we saw yesterday with Black turnout is the manifestation of years of work, especially by on-the-ground organizing groups for the past several cycles, and an all-out sprint in the final two months.

From November 4th to January 5th, ACRONYM – through our non-partisan People’s Power Grab program – spent over $1.2 million on digital GOTV ads reaching nearly 2.4 million Georgians, over 482,000 of which had already cast their ballots before polls opened on Election Day. This critical work focused specifically on registering and mobilizing voters of color and built on our campaigns from the general election in the Peach State, where we were one of  the largest outside group reaching Georgians online with over $2.7 million worth of digital ads by November 3rd.

While Facebook and Google dragged their feet banning and unbanning political ads on their platforms for the runoff elections, we didn’t hesitate to reach voters elsewhere online. On Snapchat, we were the largest outside spender with over $215,000 spent reaching up to 1.6 million voters with ads like these: 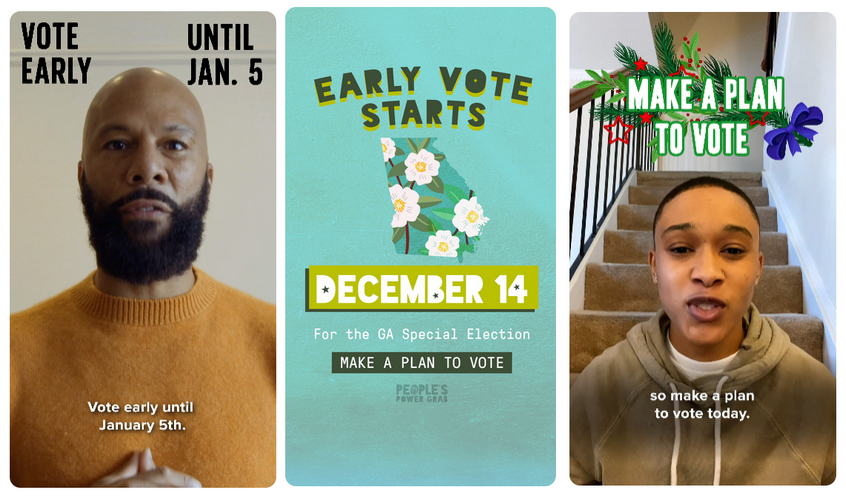 Across our program, we prioritized targeting young voters, voters of color, and critically, sporadic and non-voters in these groups. We estimate that by January 5th, over 102,000 of the voters we reached had never voted before 2020, and another 118,000 are infrequent voters. We also know that of the 454,000 voters we turned out, over 366,000 are African American, and over 106,000 are younger than 25. Overall, over 52,000 of these voters did not vote in November.

Our ad campaigns were just one prong of our digital outreach to BIPOC and young Georgians. We know these groups get their information from a wide variety of sources, including microinfluencers on Instagram and TikTok. So, our People’s Power Grab program partnered with a wide variety of Black Georgian microinfluencers in Georgia to expand the reach of our messaging and meet these voters where they are. 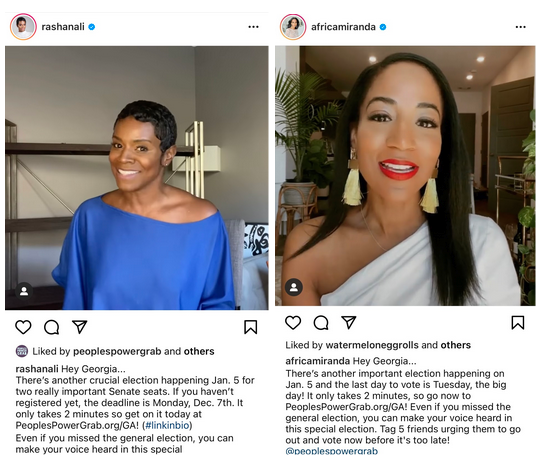 We are extremely proud to see our work come to fruition with the mind blowing levels at which Black and young Georgians turned out for these elections, but none of it would not have been possible without the years’ worth of foundational work by organizations on the ground in the Peach State. Groups like:

In the coming months, we’ll be examining certified results and comparing them to the goals we set with People’s Power Grab at the outset of our campaign. But for the time being, there’s one thing we can say with absolute confidence: power to the people. ✊🏿 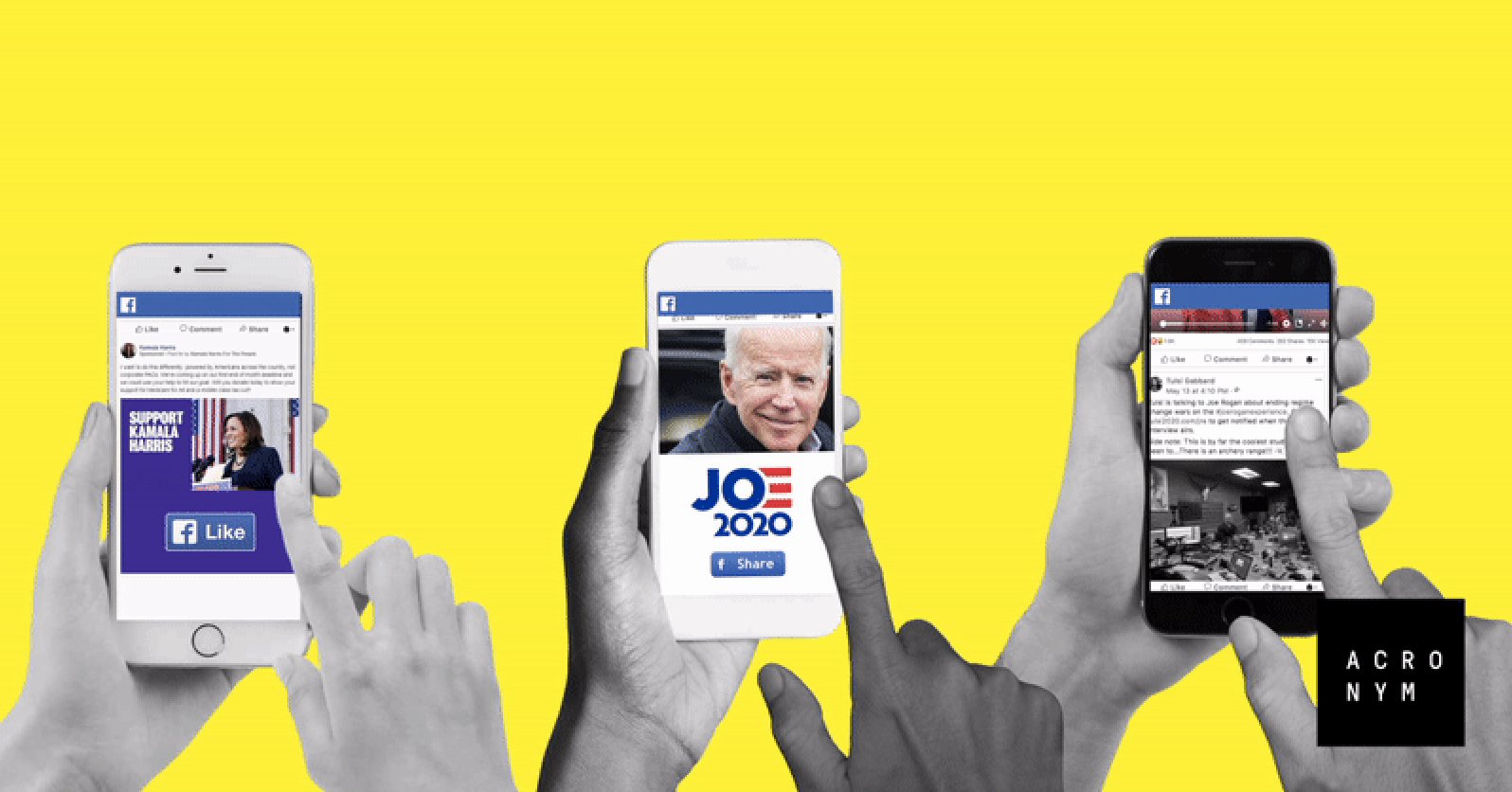