In this cycle’s October sprint, the Biden campaign is aggressively trying to expand the playing field and Trump is going all-in on juicing up his base, all while the GOP is working to ram their conservative nomination through to the Supreme Court in the U.S. Senate and make voting as difficult as possible for voters in critical battleground states. The stakes just keep getting higher, but we’ve identified quite a few unsurprising angles that progressives can take to keep pulling support away from the president.

And now, our Weekly Forecast:

Here are 5 ads that work… 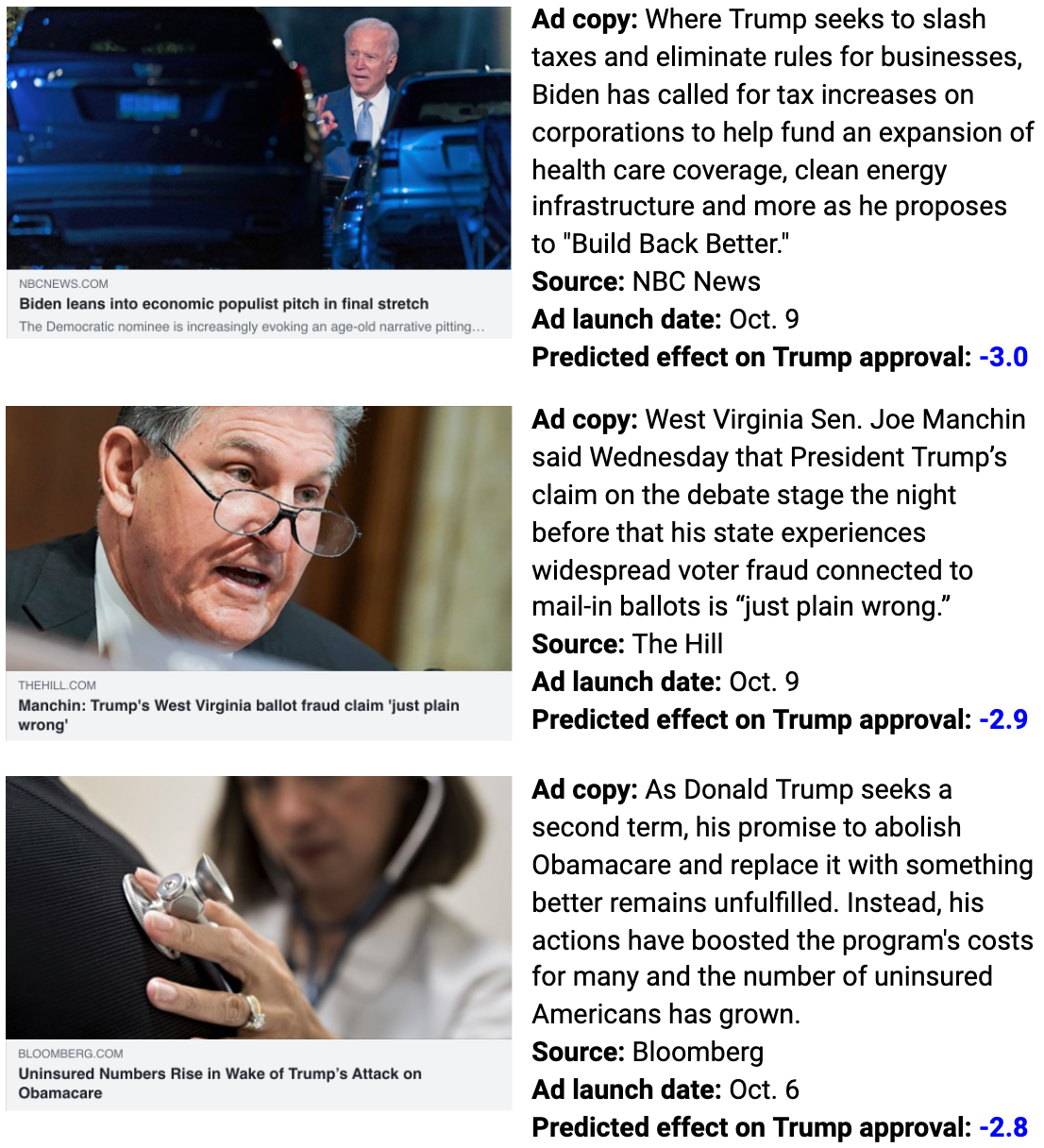 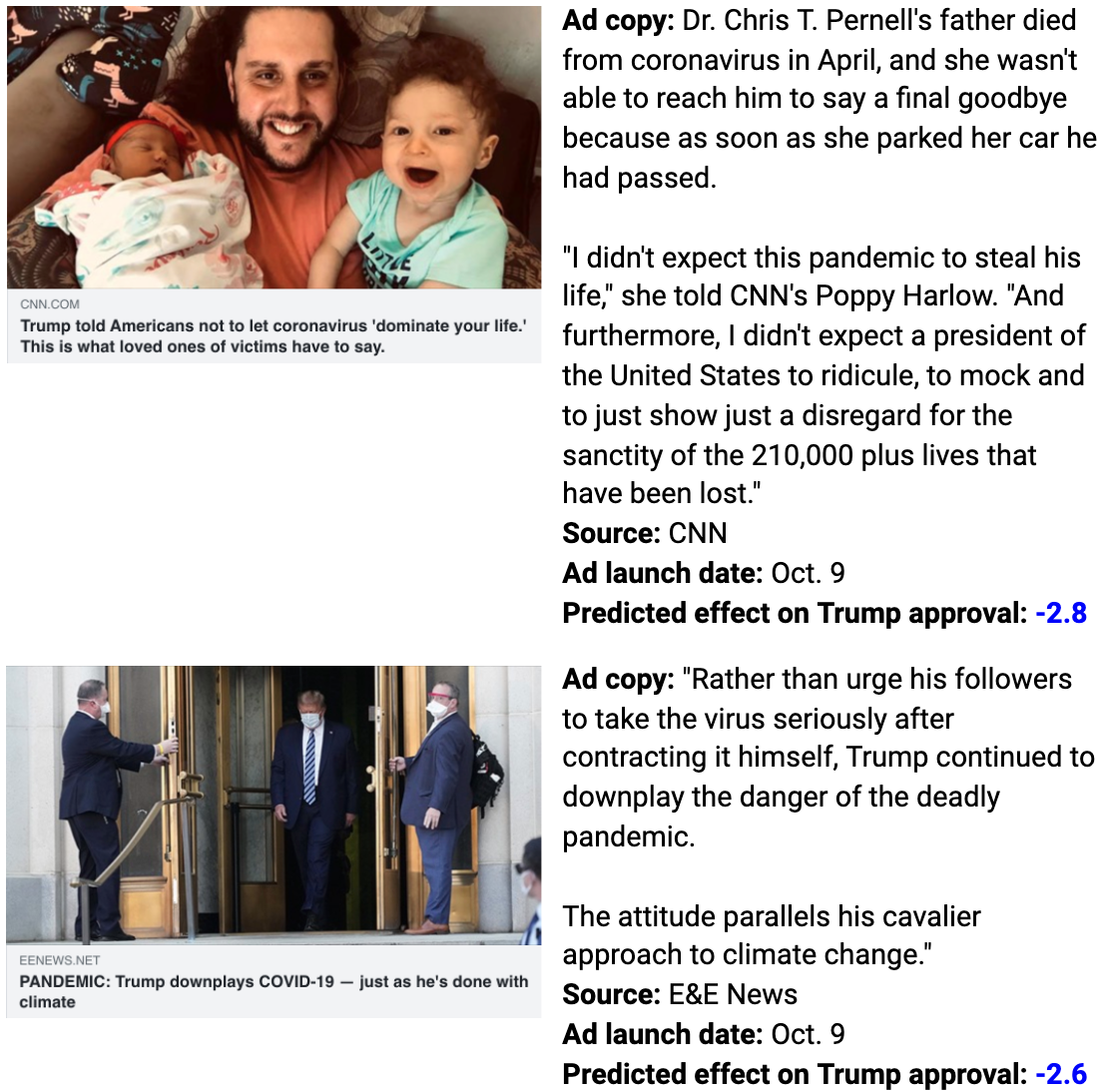 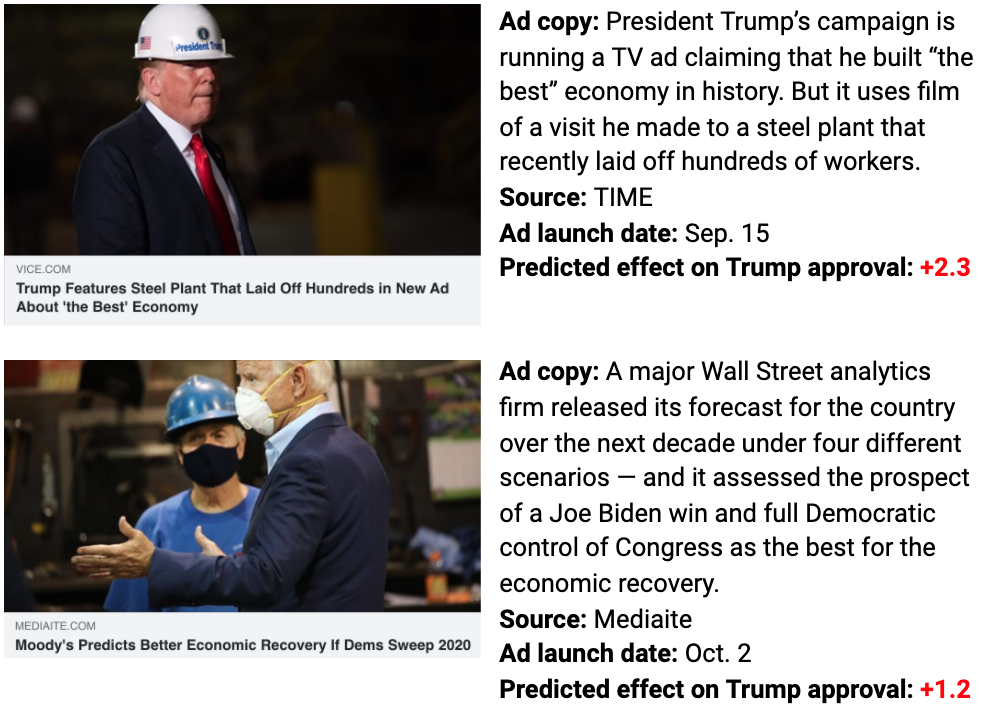 TL:DR; What are the takeaways?

It’s a political cliché, but this week’s key takeaway according to Dorothy is simple: “It’s the economy, stupid.” We continue to find that we can very effectively draw support away from President Trump when we talk about how a Biden presidency would make real positive change for working class Americans. Specifically, our top article this week points to three very popular policy ideas among voters– taxing the wealthy, expanding health care, and acting on climate change – so it makes sense that this and Biden’s Build Back Better platform are drawing opinion away from Trump.

The two other top-testing articles this week address voting security and health care. When it comes to addressing Trump’s ludicrous crusade against absentee voting, we found that we can pull strength away from the president when we use a relevant, trusted messenger to rebut him – which in this case, happens to be Senator Joe Manchin. And, once again, we found that Trump’s opposition to the ACA and expanding health care can serve as a very strong argument against him.

Finally, for our top articles this week, we received more evidence about how we can effectively talk about Trump’s ongoing failures to address the pandemic. Once again, we see that using personal stories of suffering and loss in the pandemic can very effectively move opinion away from Trump, as can arguments stating his steadfast and almost pathological opposition to the most basic of scientific understandings.

We do have one red flag this week when it comes to talking about Trump’s failed handling of our economy however, in that we ought to take care with how we talk about his disastrous trade war. It’s possible that connecting his tariffs to manufacturing job losses can create backlash because voters simply may not believe that’s the case, and/or because they believe that these job losses are an acceptable cost for “standing up to” China.

This week, we were excited to extend our partnership with Republican Voters Against Trump (RVAT) to measure their wide array of anti-Trump ads with DOROTHY. Two key insights stood out from their creative: First, their testimonial ads featuring former Trump supporters and current or former Republicans speaking out against Trump are very effective among their soft-republican audience.

Their top ads on Facebook are typically cut to 30-60 seconds in length, shot straight-to-camera by the contributors themselves, and speak both to the voters’ backgrounds and how their views changed over time. A video featuring Tommy, a lifelong Republican from Texas, has the highest predicted performance for RVAT in recent weeks.

In addition, RVAT’s video content featuring former Trump Administration officials speaking out against the president is predicted to perform well. One ad that included Miles Taylor, a former DHS official, speaking out against Trump’s demonstrative approaches to disaster response and immigration policy, led to increased disapproval of Trump. 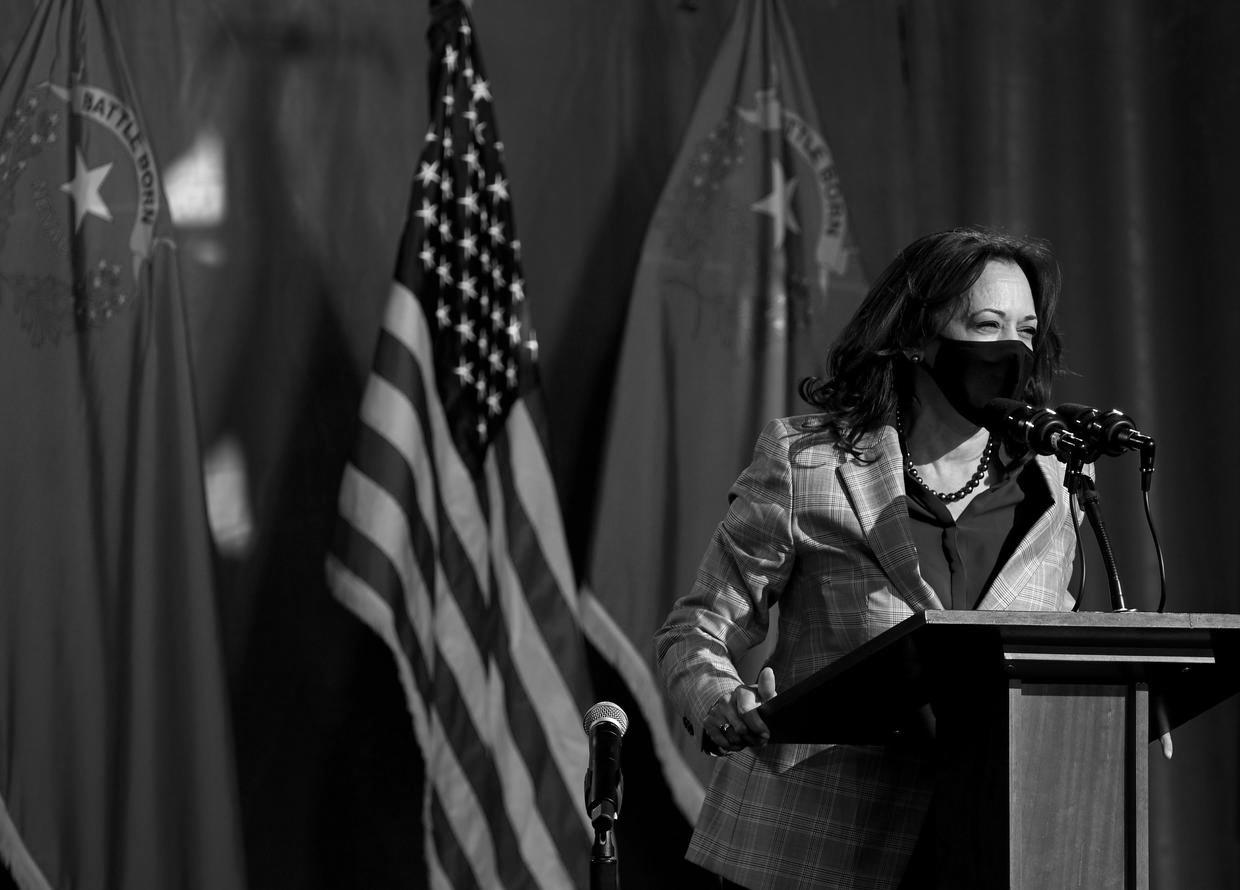