After President Trump contracted the coronavirus and then returned to the White House earlier this month, he almost immediately announced that the Senate should focus on ramming through his SCOTUS nomination rather than vote to pass another COVID relief package before the election. Once again, because of his inability to lead, Americans will suffer, regardless of who wins in a couple weeks. We decided to test the President’s statements through DOROTHY, and found promising results; and we also found more ways to effectively argue against Trump’s responses to the pandemic and his own infection.

This week, you may notice that our predicted Trump approval scores are lower than usual, but this isn’t necessarily because the ads we tested are less effective. We’re now regularizing predictions from Dorothy – applying a kind of statistical handicap – to better convey expected real-world effects as election day approaches.

And now, our Weekly Forecast:

Here are 5 ads that work… 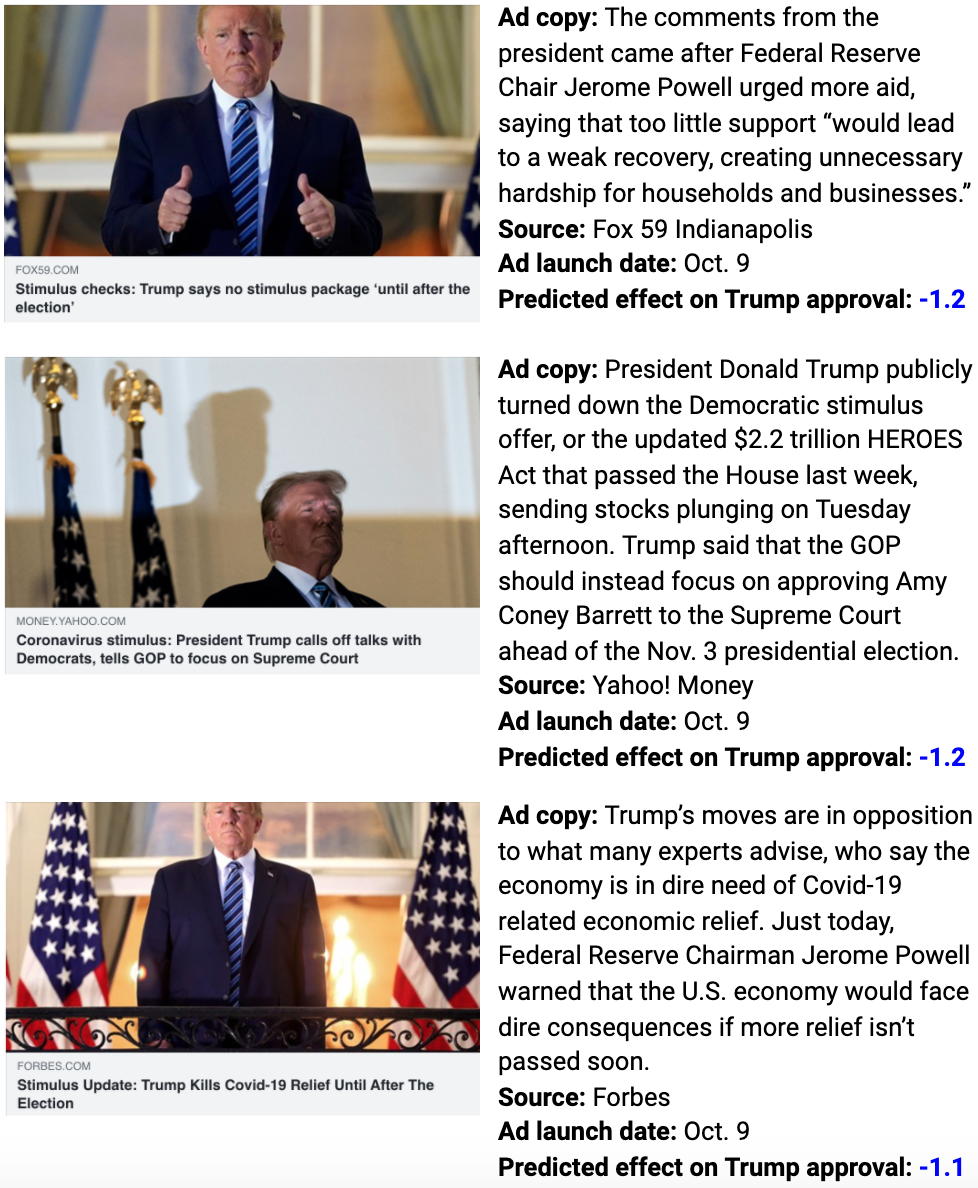 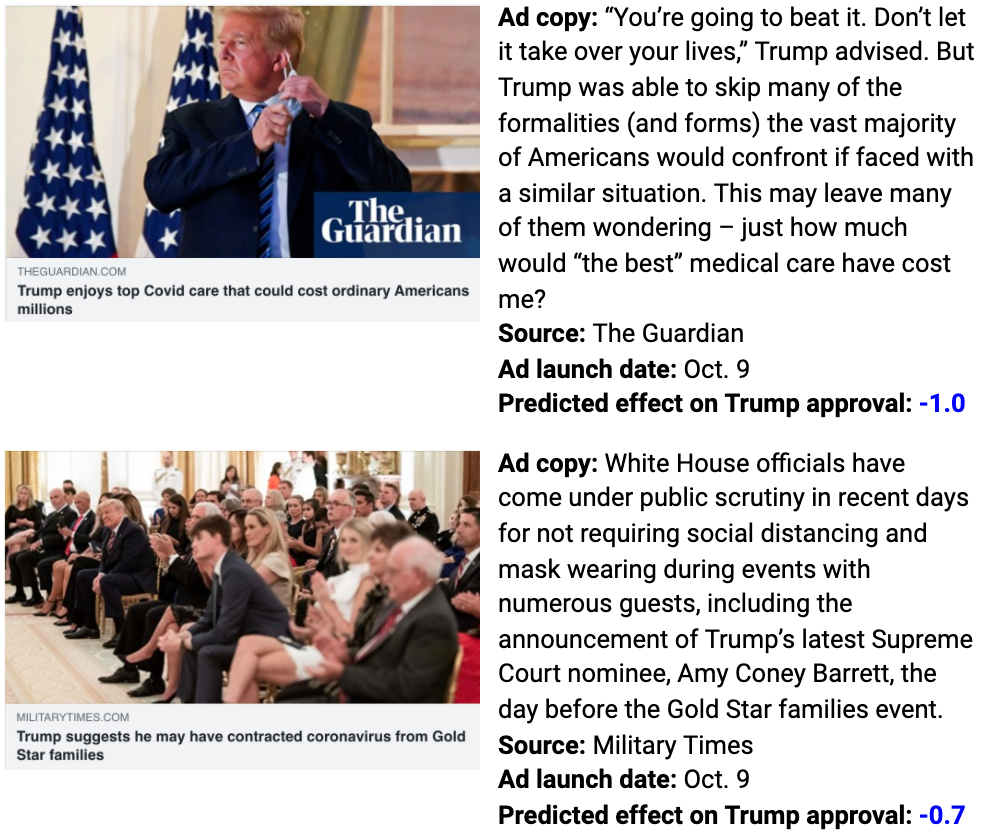 After Trump made the alarming decision to suddenly torpedo relief negotiations earlier this month, we set out to find out how to best use the move against him. While the move itself was surprising, the consequences were not: our three most effective ads this week all argue that the president’s failure to pass more relief will hurt our economy and cause more economic suffering. Notably, two of these top three ads cite Fed Chair Jerome Powell’s assessment of the situation, indicating that he and the Federal Reserve are trusted messengers among our audience.

We also found that we can use Trump’s words against him in regards to his response to his own diagnosis. His insistence, still, that COVID-19 is no big deal, can move opinion away from him, especially when placed in the context of his top-notch healthcare that he gets for free.

Furthermore, his baffling accusation that Gold Star families are responsible for his exposure to the coronavirus can also be used against him, especially when it’s pointed out just how little Trump is doing to keep himself safe. It’s also possible that this particular ad enjoys some credibility from using the Military Times as its messenger.

Conversely, an ad Dorothy found to be ineffective this week comes from Buzzfeed News with a headline that very clearly reads as antagonistic towards the president. And, while it is true that the White House developed more cases than Vietnam during a similar time period, it’s probable that the backlash from this ad comes from the same disbelief effect that we’ve seen in other ineffective ads. Americans largely do not trust nations with communist or socialist governments, so it’s not surprising that our audience may not believe the assertion Buzzfeed is trying to make.

ACRONYM also recently tested “Close Race” messaging, showing voters polling results and poll aggregation portraying a “statistical dead heat” between the two candidates. In-survey testing found increased vote enthusiasm among non-partisan identifiers for the “close race” narrative, with a replicated result in Barometer in-field testing. This messaging track was based on a recent paper from our own Chief Scientist, Sol Messing, which establishes a link between different portrayals of how close a political race is and turnout, meaning that exposure to messaging portraying the race as close may make people more likely to vote and vice-versa. 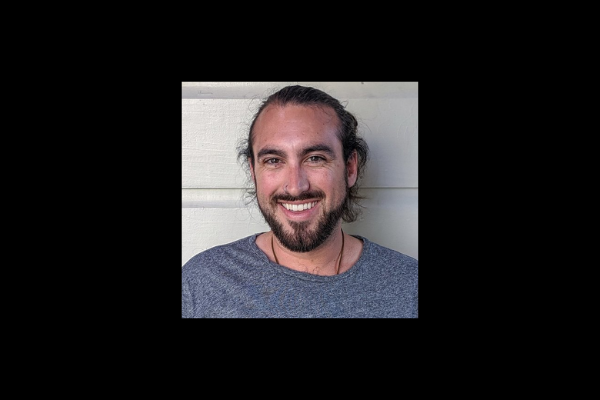